South Carolina Gov. Nikki Haley will receive an award from the Harvard Foundation for Intercultural and Race Relations Thursday in recognition for leadership after this year’s Charleston shooting, her office said.

Haley, who orchestrated the effort to remove the Confederate Battle Flag from the state capital grounds days after nine worshipers were killed at the Emanuel AME church, will deliver remarks about what the country can learn from South Carolina and its response to the shooting, her spokesman, Rob Godfrey, told TIME. She will also meet with students at the university’s center for public service.

The event comes as Haley’s political stock has risen over her handling of the shooting, with her name frequently mentioned as a vice presidential contender. In August, she delivered an emotional first-person account of the shooting and its aftermath to Republican Party bigwigs hours before the first GOP debate in Cleveland, and in early September she delivered remarks at the National Press Club on race relations in America. 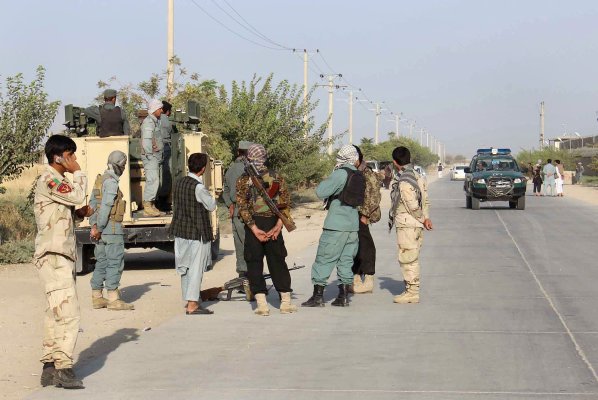 Kunduz's Fall to the Taliban May Signal Deeper Problems
Next Up: Editor's Pick