The Problem With 'Following Your Dreams'

The first time anybody told me how young I was at 20, I stammered something that amounted to, “But I’m in my second decade.” I was talking to a CEO of a youth nonprofit and I told her, “I’m deciding between paths in academia/writing, consulting, or government. Is it time to choose one and commit to it?” She laughed and said, “When I was 20, I was babysitting. I had no idea what I was going to do. You’re doing fine. You don’t have to decide now. Do what you want.”

Three things happened. The first was a seismic zooming out in which I calculated my life expectancy and realized that, Oh, I have so much time. The second was a flicker of hope, a sense that someone was giving me permission to follow my dreams, and the satisfaction of knowing I wanted to write. And then I grinned in a way the could only be emulated by a cheshire cat, as I thought, Wow, I’m doing fine. Who knew?

A few months ago I was straddling between two options. One in which I could follow my dreams and the other in which I followed the typical Ivy League trajectory of two years in consulting and then a career in some business industry. A friend was telling me to do what I was passionate about and take a leap. She spoke in the familiar language of a dreamer, naive yet crazy enough to actually do what they set out to do. I treaded the edge anyway, conscious of the simultaneous gift-burden of being a first generation college student, the fear of failure, and the knowledge that that failure could never be solely mine.

Fast forward to a summer interning in Europe in which I was the youngest person at every meeting I attended. I was surrounded by a culture that was more relaxed and praised the arts and people who were convinced that there was no way that at 20 I could know what I’d be doing 10 years from now. I’m not sure if it was living in a different culture or being among older individuals, but I realized I was allowed to try different things. The idea that by my early 20s I should have started a social media platform that would go viral a few years later was not only false, but limiting. I had multiple interests. I didn’t want to live a life trying to make my decisions fit into the expectations others had for me.

It’s OK to be directionless

The notion that you can either “follow your dreams” or choose a practical route takes pieces of desires and tries to fit them into old fashioned, either/or shapes. While American culture reveres its celebrities and those that fit more clearly into “ideal” job molds, the unspoken rule it tells its students is that you can do what you’re passionate about if your passion is to be a doctor, a lawyer, or work in the tech industry. The notion of following your dreams can be a dangerous one for those who are unclear of their interests. It invokes an anxiety derived from a sense that if you can’t figure out what you were born to do you must be flawed.

Following dreams does not manifest in the plural form. It is not acceptable to pursue multiple interests. And those who do are perceived as being without direction. The language we use to speak about our future lives denies the pleasure in uncertainty and rests on a mistaken mentality that we can predict our trajectory. Research by the Bureau of Labor Statistics shows that millennials between the ages of 18 through 26 held an average of six jobs, which suggests a flux of interests and desires rather than the single path projected by questions of, What do you want to be when you grow up?

Although I first interpreted my mentor’s words as a call to follow the pursuit that has been eating at me since awkward middle school days, the call to do what I want is even more powerful. It allows me the space to change and have my interests transform without marking me as unfocused or adrift. John Lennon proclaims:

Perhaps we should take a cue from Lennon and develop new ways of thinking about the life we would like to lead.

This article originally appeared on Bit of News 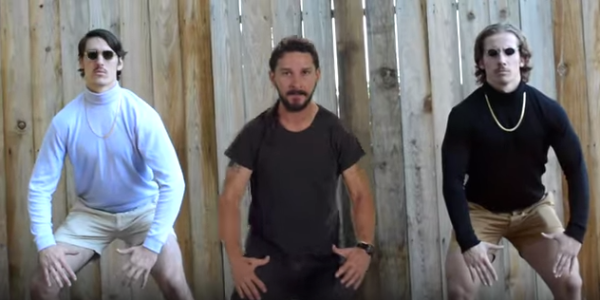 These High Schoolers Made an Elaborate 80s-Style Video to Ask Girls to Homecoming
Next Up: Editor's Pick