Kunduz's Fall to a Resurgent Taliban May Signal Deeper Woes for U.S.-Backed Government

Afghan troops gather at the roadside Tuesday after they were driven out of Kunduz by Taliban forces.
STR / AFP / Getty Images
By Mark Thompson

The U.S. began its second ground war in Afghanistan on Wednesday as U.S. Special Forces near Kunduz aided their Afghan allies to try to reverse the Taliban’s sudden and surprising takeover of the northern provincial capital. It marked the first time since the U.S. invasion of 2001 that the Taliban have retaken a city. Afghan officials said the U.S. troops were heading to the city’s airport, where hundreds of the 3,000 Afghan troops based in Kunduz had hunkered down since being driven out of the central city in recent days.

“Coalition special forces advisers, to include U.S. service members, while advising and assisting elements of the Afghan security forces, encountered an insurgent threat in the vicinity of the Kunduz airport,” Army Colonel Brian Tribus said in a statement Wednesday.

It is becoming increasingly clear, Pentagon officials say, that Taliban forces have mined major highways around the airport and the city, complicating any effort to retake it quickly. The U.S. military carried out three air strikes against Taliban positions on Tuesday.

“Obviously, this is a setback for the Afghan security forces,” Pentagon press secretary Peter Cook told reporters Tuesday. But he added that the Afghan military “has amassed a sizeable force to retake city, numbering in the thousands” and that the Pentagon is “confident they will defeat the Taliban and restore the city to Afghan control.”

Outsiders were more pessimistic. Kunduz’s fall “is a significant blow to the ability of the Afghan National Security Forces to retain control throughout the country,” said the independent Institute for the Study of War, based in Washington, D.C.

The Taliban offensive shows that Obama’s “surge” of 30,000 troops to Afghanistan in 2010 apparently did little to destroy the Taliban insurgency.

The takeover comes as President Obama weighs what to do with the 9,800 U.S. troops still in Afghanistan (they peaked at 100,000 in 2011). He has planned on pulling out all but 1,000 by the end of next year. But the top U.S. commander in Afghanistan, Army General John Campbell has recommended—before Kunduz’s fall—that several thousand remain into 2017 because of the still-robust Taliban.

The fall of Kunduz is “only a symptom of a much broader crisis,” said Anthony Cordesman of the Center for Strategic and International Studies. “Afghanistan is now caught up in a much broader series of crises: political, governance, economics, security, and Afghan force development,” he added. “In each case, the transition since U.S. combat forces left at the end of 2014 is failing.”

Just how many coalition troops and precisely what their role is in the fight for Kunduz remains unclear. They could be used to advise their Afghan allies and call in air strikes. Officials have said they are not involved in direct combat against Taliban forces occupying much of the city of 300,000. “There are limited coalition forces in the Kunduz area training, advising and assisting the Afghan security forces,” Cook said. “They’re not directly engaged in the fight.”

While U.S. and NATO troops have handed over the battle against the Taliban to Afghan forces, they are allowed to fight if they feel they are threatened. That was the basis for Tuesday’s air strikes, Cook said.

In a sign that the military woes have political consequences, Afghan parliamentarians in Kabul called for President Ashraf Ghani and his chief executive, Abdullah Abdullah, to step down. “It is shameful how they have dealt with the situation in Kunduz,” said Iqbal Safi of Kapisa province, between Kabul and Kunduz. “Ghani and Abdullah must step down.”

Earlier this year, Ghani was viewed by Pentagon officials as a refreshing change from his predecessor, the taciturn Hamid Karzai. At an appearance at the Pentagon in March, Ghani praised Obama for his “sense of clarity” in ending the formal U.S. combat role in Afghanistan at the end of 2014, and the U.S. role in creating “a proud Afghan security force that has dealt with the best of you and emulates the best of your example.” 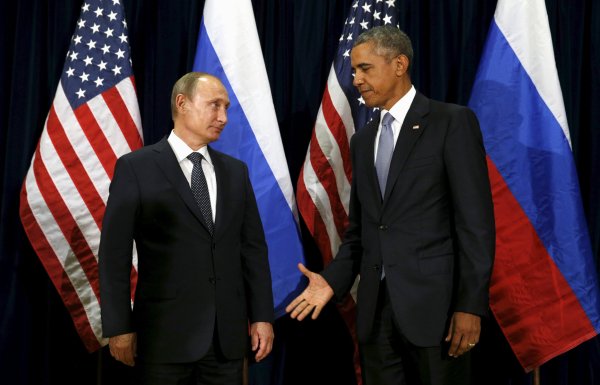