It’s funny how so many of the market jitters out there right now have their roots in the 2008 crisis, and the response to it. As I wrote a few weeks back, the China crisis is really just an echo of the subprime crisis. You could say the same about this week’s stock market jitters, which were sparked by the oil trading company Glencore, the Swiss based commodities giant, which lost about a third of its value thanks to falling commodity prices. The decline in oil, and the way in which it has hit traders like Glencore, speaks volumes about just how volatile and financialized commodities—the food and fuel we all depend on—have become in the wake of the crisis.

As I wrote in this blog back in March, oil is now as much a financial asset as a product. A report by the Bank of International Settlements, the group that tracks global financial flows, said as much, noting that oil and other commodities don’t move on supply and demand only anymore, but also on the whims of traders. As Ruchir Sharma, the head of emerging markets for Morgan Stanley Investment Management, pointed out to me several months ago, the commodities collapse didn’t begin with the news of slower Chinese growth or Saudi announcements about supply, but last summer when the Fed announced that it planned to stop its quantitative easing program. That’s when the traders, seeing the end of easy money, began selling.

Sharma and many others believe that QE and the long term period of low interest rates that we’ve been in since the 2008 crisis has fueled a run up in asset prices in both emerging markets and commodities markets (financier Carl Icahn said as much to me in an interview late last week). “Easy money had kept oil prices artificially high for much longer than fundamentals warranted, as Chinese demand and oil supply had started to turn back in 2011, and oil prices have now merely returned to their long-term average,” says Sharma. “The end of the Fed’s quantitative easing has finally pricked the oil bubble.”

The question is what happens now, and how will the unwinding of this bubble effect the stock market as a whole? Peter Atwater, a behavioral economist and head of Financial Insyghts, a market research firm, says, “Much like we saw in 2008 in housing, what we are witnessing in commodities is the de-financialization of an entire business sector. What troubles me with this thinking is that like 2008, the bottom won’t take place until we have a full exit of capital”—meaning once investors who don’t actually need the underlying commodities for their businesses exit their positions in the markets (by some estimates, hot money is 30% or more of the commodities market).

Firms like Glencore got hugely rich turning food and fuel into a financial asset. But now, the tide is turning. That may mean lower oil and food prices, a welcome trend for much of the world, but it will also mean more market volatility. 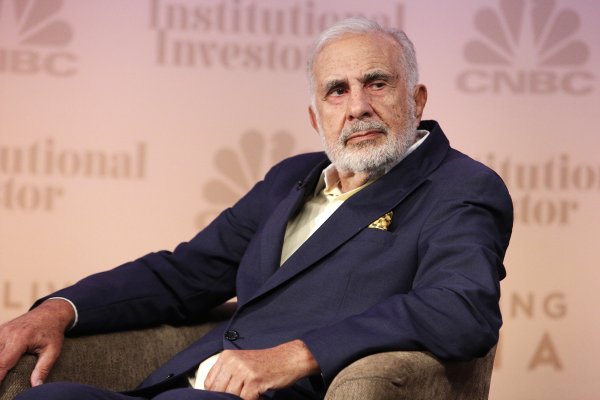 What Carl Icahn Would Do as Treasury Secretary
Next Up: Editor's Pick