Children in the Philippines Risk Their Lives in Underwater Gold Mines, Report Says

“Thousands” of children in the Philippines are working in dangerous underwater gold mines that could collapse without notice, according to Human Rights Watch (HRW).

The organization released a report on Wednesday documenting the stories of 65 of these child miners, some as young as 9 years old, who have suffered adverse health effects from their work in the mines. HRW said that it had also interviewed local officials, health workers, mining experts and community leaders.

Many of the children HRW spoke to said they descended into deep, watery pits to find gold, then later processed the precious metal with mercury, a poisonous metal that causes muscle spasms, back pain and skin irritation.

“Filipino children are working in absolutely terrifying conditions in small-scale gold mines,” Juliane Kippenberg, associate children’s-rights director at HRW and author of the report, says in a statement to TIME. “The Philippine government prohibits dangerous child labor, but has done very little to enforce the law.”

While children can work underwater for long periods, receiving air from a tube hooked up to an air compressor above the surface, fears of drowning are rampant.

In 2014 a 17-year-old miner and his adult brother died of asphyxiation deep in a mining pit.

“Sometimes you have to make it up fast, especially if you have no air in your hose,” a 16-year-old miner told HRW, explaining that if miners come up too fast they get the bends. “It’s a normal thing. It’s happened to me,” he said.

The practice happens because many gold deposits in the Philippine are found under the water table, requiring the sinking of submerged pits, some 10 m deep, for their extraction. 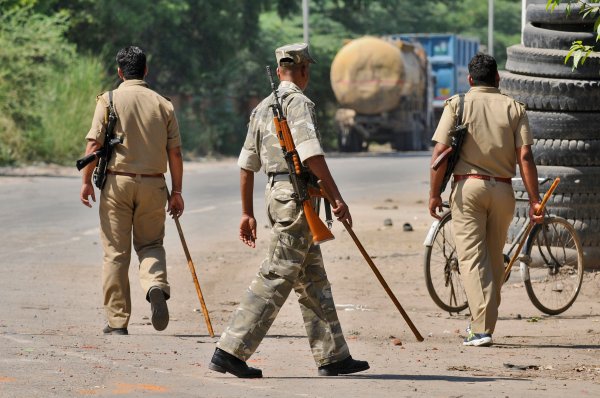 Indian Mob Kills Muslim After Accusing Him of Eating Beef
Next Up: Editor's Pick