Soccer matches are known for their theatrical displays of joy, anger, and pain. But a new video shows a Brazilian soccer match take that drama to the next level when a referee pulls out a handgun.

Gabriel Murta was refereeing a match between amateur teams Brumadinho and Amantes da Bola, the Guardian reports, when he drew a gun after being kicked and punched by a player. Grainy footage shows Murta speaking to players, pistol in hand. A linesman rushed to Murta, seemingly trying to calm the referee. According to the Guardian, Murta’s is also a police officer, potentially explaining the gun’s origin, and the league has ordered him undergo psychological tests. 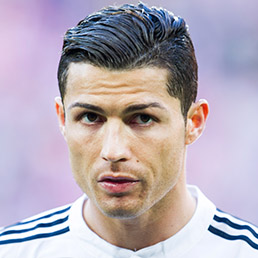 Watch the Trailer for a New Movie on Cristiano Ronaldo
Next Up: Editor's Pick