Hillary Clinton conceded in an interview this weekend that Barack Obama’s policy in Syria has been a failure, criticizing the administration’s decision not to arm moderate rebels in the fight against Basher al-Assad’s regime.

Speaking with Chuck Todd of NBC, the frontrunner for the Democratic presidential nomination said the United States should have helped organize resistance early in the civil war.

“What the Pentagon has been doing hasn’t worked,” Clinton said in the interview, which aired Monday afternoon. “If we had been able to move in, to help organize and support those people on the ground, maybe we could’ve made a difference.”

When Todd asked her if it was a “failure in policy,” Clinton agreed, saying “Well, it is.”

Clinton has been openly critical of the Obama administration’s approach in Syria for some time, saying in an interview last summer that the United States missed a key window of opportunity to arm moderate rebels when the conflict began, and may have swayed the conflict and avoided much bloodshed.

Clinton also said that she believes there should be some restrictions on abortions in the third trimester of pregnancy if a woman’s life is not in danger.

“And so, you know, again, I am where I have been, which is that, you know, if there is a way to structure some kind of constitutional restrictions that take into account the life of the mother and her health, then I’m open to that,” Clinton said.

She also said as president she would build on the legacy of the Obama administration, including Affordable Care Act and financial regulation reforms, and focus on raising middle class wages. “I want to build on what works from both my husband’s term and President Obama’s,” she said. “But I want to go further. And I will face different challenges.” 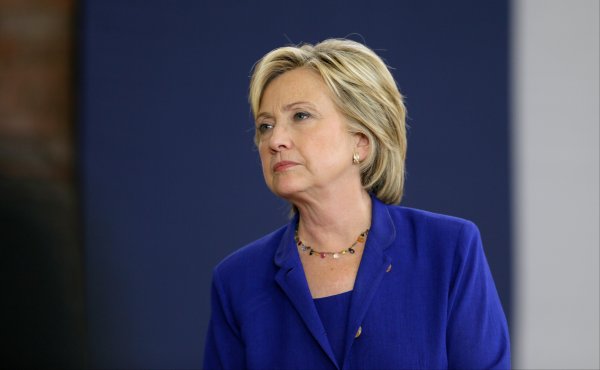 6 Things We Learned From Hillary Clinton's Facebook Q&A
Next Up: Editor's Pick