Quinoa: Should You Eat It?

Quinoa is so two years ago. Really: the United Nations declared 2013 the “International Year of Quinoa.” But the crop is still cool, agree all of our experts.

Nutritionally, few things supercede this superseed. For 222 calories, 1 cup of cooked quinoa packs 5 grams of fiber and 15% of a person’s daily FDA-recommended iron. You want protein, too? Quinoa’s got it: 8 grams per cup.

It’s one of the only plants that contains a complete protein, “which means it provides all the essential amino acids we need for good health,” says dietitian Kristin Kirkpatrick, manager of Wellness Nutrition Services at Cleveland Clinic’s Wellness Institute. Our bodies don’t make all of these amino acids on their own, so we rely on our diets to supply them. Usually, only animal products like meat and eggs are able to provide all at once.

MORE: 20 Sources of Protein for Vegans

That makes it a good choice for everyone—and especially for Celiacs. Not only is quinoa gluten-free, but it’s also richer in healthy compounds like folate than common gluten-free grains like rice and corn, says Alastair Ross, a researcher of quinoa and assistant professor in the division of food and nutrition science at Chalmers University of Technology in Sweden.

Quinoa is typically eaten as a whole food—rather than part of a processed food like a snack bar—which prevents the loss of valuable nutrients, says Thomas Simnadis, PhD candidate at the University of Wollongong in Australia. Simnadis is the author of a 2015 scientific review on the health benefits of quinoa, and though most of the research is in animals or using in-vitro models, he’s excited by some of the findings. In rat research, quinoa proteins were credited with decreasing cholesterol levels and lowering levels of oxidative stress. “This suggests that compounds present within the quinoa seed can regenerate antioxidants, which are capable of nullifying free radicals and thus protecting tissues from oxidative damage,” Simnadis says.

But even if it’s good for us, perhaps you’ve heard that quinoa isn’t so good for the Bolivian farmers who grow this Andean superfood. “Quinoa has become a global commodity, and although some farmers and companies have profited, it’s also caused a lot of problems for people on the ground, for many Bolivian farmers,” says researcher and writer Tanya Kerssen, who lives in Bolivia. When our first-world lust for quinoa grew, the price shot up. “The farmers couldn’t produce enough to meet the high demand,” Kerssen says. “That was the time when the smaller producers were doing quite well and had a lot of leverage.” With greater income, quinoa farmers could afford to eat things other than quinoa—a fact often misconstrued as pricing quinoa farmers out of their own crop. (“The issue of quinoa being too expensive for farmers to eat is not accurate,” Kerssen says. “That really irritates people here.”)

But as big farmers ramped up production and took control of global demand, they squeezed out a lot of the smaller farmers and started quinoa monocultures that threatened the surrounding environment, according to Kerssen’s analysis on food sovereignty and the quinoa boom, published this year in Third World Quarterly. “This is not unique to quinoa; it’s why small organic farmers struggle all over the world,” Kerssen says.

Though the implications of the quinoa quandary are too complicated to give the food a simple thumbs up or down, she recommends brands like Alter Eco and Andean Naturals—both fair-trade brands that work with Bolivian quinoa growers.

But quinoa may prove to be a useful crop in our uncertain climatic future, says Jeff Maughan, professor in the department of plant and wildlife sciences at Brigham Young University and a quinoa genetics researcher. “Quinoa has a unique role to play the future of agriculture, especially in light of a changing climate, as it is naturally adapted to drought, salt affected soils, and frequent frost,” says Maughan.

It can diversify your plate, too. Quinoa can stand in for rice at dinner, for oatmeal at breakfast and even for pudding at dessert, says Kirkpatrick. From salads to sides, all parts of your plate can benefit from a high-quality quinoa protein boost.

Read Next: Are Bananas Really Worth The Calories? 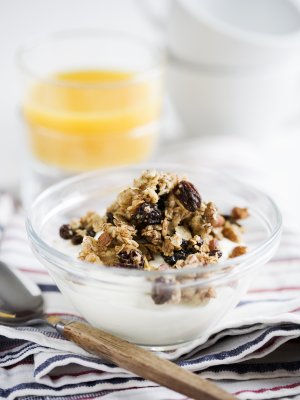 4 Breakfast Mistakes You Might Be Making
Next Up: Editor's Pick