Donald Trump’s Tax Plan Offers Something for Everybody

Give Donald Trump this: he knows how to play both sides of the field. His tax plan is a savvy political pitch to both the working class, whose share of the country’s economic pie is at post-World War II lows, while also offering plenty of incentives to corporate America. Trump is talking about lowering tax rates to zero for the poor and putting in bargain basement rates even for the middle class. But he’s also talking about allowing American corporations to bring back cash from overseas bank accounts and pay lower than usual rates on it, with the justification that they’ll use that money to create jobs.

The questions is, who is this tax plan really for?

Trump himself, of course. That is very much in evidence in the call for tax repatriation. Tax holidays do a lot more for companies and the markets than they do for workers. By some estimates, U.S. corporations have around $2 trillion in foreign earnings stashed under mattresses abroad. Business titans say they would be happy to bring foreign earnings home—repatriating them, in accounting lingo—if only the U.S. would change its laws and make overseas profits tax-free. This is known as a territorial tax system: only income generated inside the home country gets taxed by that country. Advocates like Trump say it would lift the U.S. economy because companies would put this money to good use by investing at home and creating jobs. But while the plan might well goose the stock market, creating jobs is another matter. In fact, it may destroy them.

We know this because we tried it before. Congress enacted a temporary tax holiday on foreign earnings in 2004, and companies did indeed bring about 50% of their foreign cash—some $362 billion at that point—back into the U.S. But the majority of it went, not to research or building factories (and certainly not to higher wages), but to the enrichment of investors through stock buybacks and dividend payments. There’s every reason to believe that the same thing would happen this time around. JPMorgan has estimated that a tax holiday would be like another round of Fed stimulus in terms of goading stock prices. No wonder Trump wants it.

What about putting in provisions that would require the money to be spent creating jobs? The government tried that last time around, literally tracking each dollar coming back into the U.S. The problem is that companies can easily get around such provisions by putting foreign dollars in an account labeled “business development” or some such and then using pre-existing U.S. funds to do the buybacks. “Money is fungible, and it’s very easy for multinational companies to find ways around these rules,” says USC law professor Edward Kleinbard.

In any case, the “we would invest in the U.S. if only we had the money” argument doesn’t hold water. Given how low interest rates are right now, it’s just as easy to borrow to fund capital spending as it would be to pay a 5% tax. As Warren Buffett has said frequently in the past few months, a lack of cash is not hindering job creation. In fact, banks are in need of major corporations to lend to.

If Trump is as economically savvy as he’d like us to believe, he knows all this. He also knows that people will like his proposals to do things like cut the carried interest deduction that benefits rich hedge funders, but that it’s a low risk carrot to offer the proletariat, since carried interest is almost certain to be done away with by any future administration.

The interesting thing about Trump’s tax plan is that it appeals to our sense about the injustice of rising inequality and the record percentage of wealth being taken by Wall Street and corporations. But it also offers up more carrots for both those interests, via the sugar high of repatriation. Ironically, the reason it may not happen is the same reason Trump has become so popular. Many Republicans are arguing for an even lower rate than the 10% repatriation tax Trump is proposing, making it hard to cut a deal with Democrats—plenty of whom would also be happy to please their corporate constituents with such a deal. 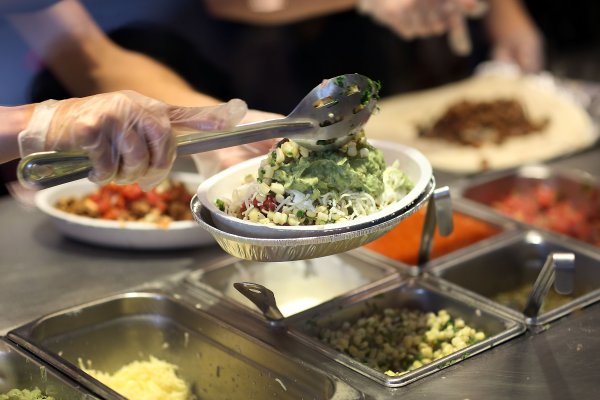 Chipotle's Carnitas Crisis Is Officially Over
Next Up: Editor's Pick