Here's Why People Are About to Pray for the Supreme Court

A Red Mass was celebrated Jan. 9, 1939 at the national shrine of the immaculate conception at Catholic University in Washington. Shown with the most Rev. John T. McNicholas, center, archbishop of Cincinnati, who delivered the sermon, are justice Pierce Butler, right, of the Supreme Court, and labor secretary Frances Perkins.
AP
By Lily Rothman

Washington D.C.’s Catholics will have a chance on Sunday to pray for the U.S. Supreme Court, at the annual “Red Mass” service that marks the beginning of the court’s term. This year’s will be the 63rd such service at the Cathedral of St. Matthew the Apostle, but the tradition of praying for lawyers is much older.

The first such ceremonies were held hundreds of years ago, and attended by royal judges in Italy, France and England, as explained by the John Carroll society, the sponsor of D.C.’s current Red Mass. The name comes from the red wardrobes of those early judges. Washington’s early Red Masses were held at the Catholic University of America Law School, but they moved to a more public venue in 1952 at the request of the Archbishop of Washington.

When the tradition came to St. Matthew’s in February of 1953 in the heat of the Cold War, the government was keen to promote activities that showed that the U.S., unlike its communist adversaries, was not opposed to religion. President Eisenhower sent two members of his cabinet to attend that Mass, and the following year’s service was attended by Eisenhower himself, who—as a Presbyterian, and in keeping with longstanding American political worries about upsetting protestant voters—had not previously been to a Catholic service since becoming president. As time has passed, attendance by non-Catholic members of Washington’s legal elite has become more and more common: last year, six Supreme Court justices attended.

As TIME explained in a 1928 article about the first Red Mass in New York City—frequently identified as the first-ever official Red Mass in the U.S., though older continuously celebrated Red Masses do exist—attendance by non-Catholics is also a long-standing tradition:

Read more about the first Red Mass in NYC, here in the TIME Vault: Red Mass 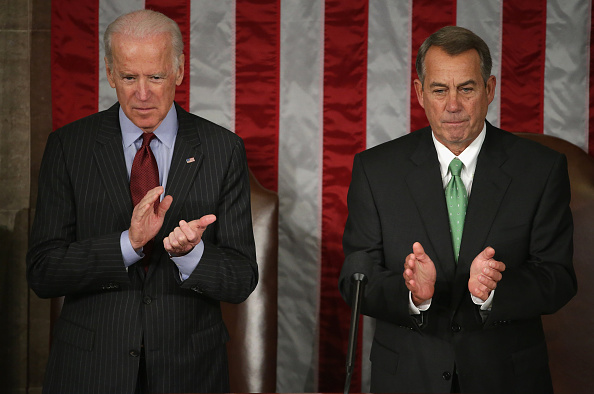 These Are Some of the Top Catholic Lawmakers in U.S.
Next Up: Editor's Pick