On Monday, Keystone Light released a commercial to promote hunting season featuring owner of Ojai Valley Taxidermy and YouTube celebrity, Chuck Testa, that encourages consumers to keep an eye out for a special white can hidden in select orange multipacks.

The ad is a mockumentary about the making of the ad. Testa comes across as the weirdest guy to work with because he uses the taxidermy animals as production assistants, in addition to talking to them as if they were humans. And as if that behavior is not strange enough, he hands out “goodbye” taxidermy squirrels to everyone on set.

Testa first went viral in 2011, after producing a purposefully corny spot for his business. Here is the original, which has racked up more than 16 million YouTube views to date: 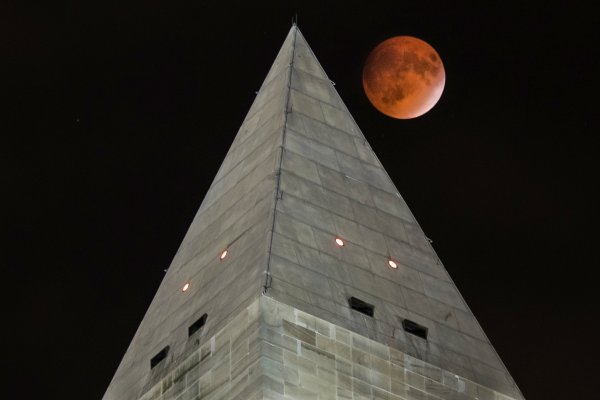 See Instagram Photos of the Supermoon Eclipse From All Around the World
Next Up: Editor's Pick