How to Avoid Air Pollution on Your Commute

To lower your exposure to air pollution, walk on quieter side streets rather than busy main streets, a new study suggests.

In the study, presented at the European Respiratory Society’s International Congress, a researcher used a handheld monitor that measured black carbon particulate matter—which is a byproduct of incomplete diesel combustion, released by vehicles—and compared levels on separate routes around London. Long-term exposure to black carbon can lead to respiratory problems, including asthma.

Researcher Lee Koh of the Blizard Institute at Queen Mary University of London walked from one point in the city to another using busy streets and main roads, and then walked to the same places using quieter routes. She did each route six times and found that the less busy routes had significantly less black carbon exposure during the peak moments when pollution levels are highest, such as when standing at an intersection waiting to cross a street.

The study needs to be replicated in other cities, but offers early guidance for people who spend a lot of time walking, like commuters. “We found in this small study that people could avoid peaks in black carbon if they choose to walk a quieter route,” Koh said in a statement. 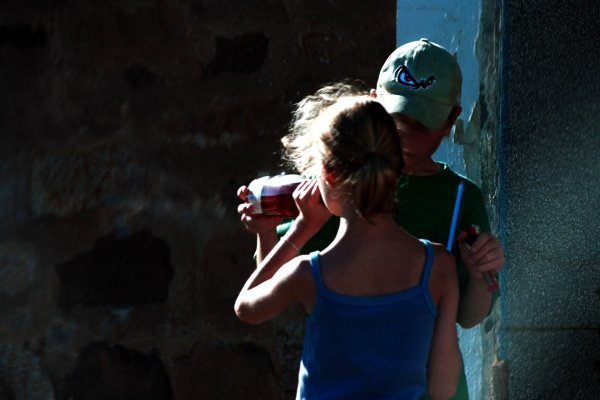