Even if countries manage to fulfill their existing pledges on reducing carbon emissions, the world will likely still experience potentially dangerous levels of global warming, according to new research.

Throughout the year, countries from around the world have announced voluntary commitments to cut greenhouse gas emissions in hopes that the collective reductions will allow the world to keep temperature increases from exceeding 3.6°F (2°C), the highest level at which many scientists believe the planet can endure. The commitments comes in advance to a United Nations conference on climate change in Paris this December that policymakers hope will yield a binding global agreement to reduce greenhouse gas emissions.

In the study, researchers from Climate Interactive and the Massachusetts Institute of Technology show that the world will likely warm 6.3°F (3.5°C) above pre-industrial levels by 2100 if countries take no action beyond current commitments to cut greenhouse gases. To be sure, that’s an improvement from the anticipated 8.1°F (4.5°C) temperature rise under a scenario with no reductions whatsoever, but it’s a far cry from the level of warming that climate scientists say the world can support.

The study is sobering, but optimism has run high in recent weeks among government leaders and climate and environmental activists who have gathered in New York City this week and last for a series of discussions on the issue. In recent days, the United Kingdom, France and China all announced multi-billion dollar commitments to finance climate change mitigation efforts in developing countries, helping address an issue that many see as a key stumbling block to achieving a global agreement. And, on Sunday, Brazil committed to cutting emissions by 37% by 2025 from 2005 levels, making it the first developing country to commit to an absolute reduction in carbon emissions.

“I haven’t met one head of state who has said he was against an agreement so I could assume that we are sure of succeeding,” French President Francois Hollande told reporters on Sunday after 30 heads of states met to discuss climate change on Sunday.

But Hollande also noted that the details of an agreement in Paris remain undecided and pressed for the strongest agreement possible. Knowing that countries’ commitments will fall short of the 3.6°F target, many have called for a provision that will require countries to reassess and improve their climate commitments at five-year intervals.

“Everyone is convinced that there will be an agreement in Paris, but what accord and with what type of ambition?” Hollande asked. As the new research shows, the world may need considerably more ambition than it has been able to summon so far. 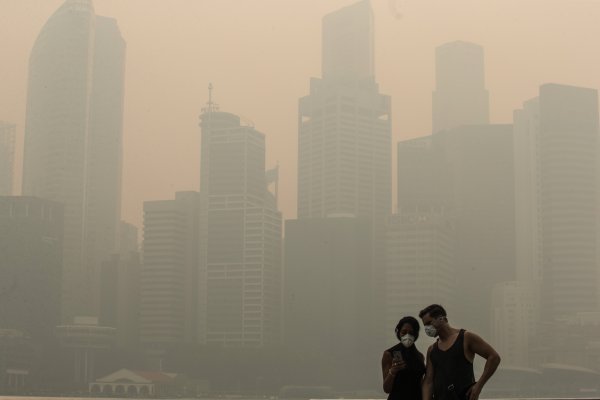 Most Non-Climate Scientists Agree on Global Warming Too
Next Up: Editor's Pick