Some of the Republican candidates for president who attack the nuclear deal with Iran would not be able to find the country on a map or know that Tehran is the capital, Iranian President Hassan Rouhani said on Sunday, dismissing GOP critics of the deal.

“So what they spoke of was quite far away from the truth,” he continued, speaking through an interpreter. “So the people of Iran were looking at it as a form of entertainment, if you will, and found it laughable.”

Many of the Republican candidates for president, including Texas Sen. Ted Cruz, former Arkansas Gov. Mike Huckabee and former HP CEO Carly Fiorina promised have vowed to tear up the Iran deal if they are elected.

The U.S. Congress failed to block the Iran deal, announced in July of this year, which limits Iran’s nuclear program and lifts many of the sanctions placed on the country.

Rouhani criticized Republicans for saying they would cancel the agreement signed by the U.S. government and six world powers.

“Can a government become a signatory to an international agreement and then the subsequent government tear it to shreds? This is something that only the likes of Saddam Hussein would do,” he said. “So finally, I think most of these are political slogans at best.” 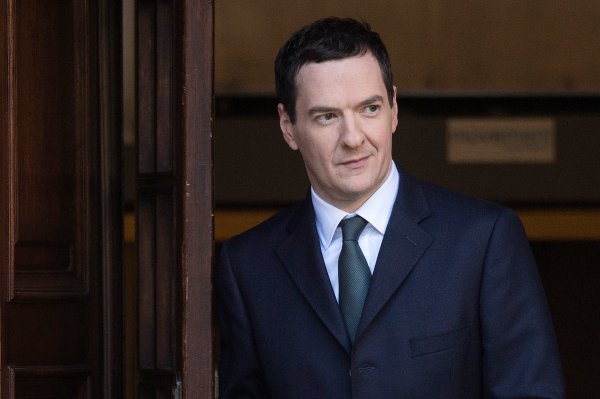 UK Finance Minister Wants to Send a Trade Mission to Iran
Next Up: Editor's Pick