Indian Prime Minister, Narendra Modi, and Tesla’s CEO Elon Musk paused for a photo shoot in front of one of Tesla’s batteries bolted to a wall at the electric car maker’s factory in Fremont, Calif. on Saturday afternoon.

The occasion was Modi’s highly-anticipated visit to Silicon Valley, where the leader of the world’s largest democracy spent the weekend visiting with tech leaders and touring companies.

On Saturday Modi, who was elected in 2014, toured Tesla’s factory, where the company is churning out electric cars and battery packs that can store energy from the power grid and from solar panels. On Sunday the Prime Minister will meet with the likes of Facebook CEO Mark Zuckerberg, Apple’s Tim Cook and Google’s Sundar Pichai.

A video posted by India’s Ministry of External Affairs on YouTube, shows Modi arriving at Tesla’s factory on Saturday afternoon, greeted by Musk. Tesla executives, including Tesla’s CTO JB Straubel (No. 2 on Fortune’s new “40 under 40 list”), show Modi and his contingent around the cutting edge robotic auto assembly plant. Straubel showed Modi the inside of a lithium-ion battery pack, which is Tesla’s core intellectual property and the secret sauce for its cars.

Tesla hung an Indian flag and an American flag inside the entrance to the factory, symbolizing the historic visit. Modi’s trip to Silicon Valley is reportedly the first by an Indian Prime Minister in more than three decades.

Musk told India’s Ministry of External Affairs that he and Modi talked about how batteries and solar panels could be the future of electricity generation for India, particularly in rural areas of the country. In the same way that India went straight to cell phones and skipped over landlines, the country could skip traditional grid power and skip straight to distributed solar and battery packs, said Musk.

Down the road, India could be a large market for Tesla, as well as for the other tech companies that are eager to greet the Prime Minister this weekend. As Re/code pointed out, India will have an estimated 236 million Internet users by 2016, and perhaps twice that the following year. Several of India’s booming cities, such as Bangalore, New Delhi and Mumbai, have growing tech industries and entrepreneurs.

But Tesla isn’t yet focused on selling its cars in India, which slaps an expensive import duty onto cars for other countries. The high-end Model S and Model X would be luxury items for India’s wealthiest residents. Tesla chief information officer Jay Vijayan has said that Tesla plans to enter the Indian market when it launches its less expensive Model 3.

Vijayan said last year that Tesla plans to start a dialogue with the Indian government to discuss the import duty on electric cars and potentially develop a separate category for electric vehicles. Despite large ambitions by the Indian government, Indian car owners haven’t embraced electric cars yet, and the country’s own electric vehicle maker, Reva, now owned by Mahindra, has had sluggish sales for years.

Tesla could find an easier market with its batteries combined with solar panels. The company officially started selling these grid batteries this year, and Musk has said that Tesla has seen overwhelming demand for the batteries around the world. 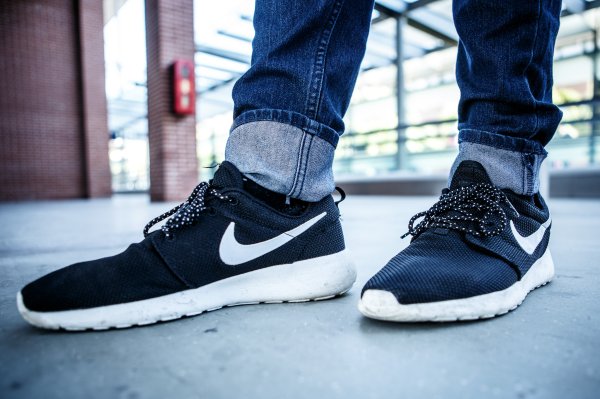 Here's Why Nike's Stock Is On An Amazing Run
Next Up: Editor's Pick