India’s space program added yet another feather to its cap on Monday morning, successfully launching the country’s first space-based astronomical observatory into earth’s orbit from its base on the southeastern island of Sriharikota.

The observational satellite, christened ASTROSAT, lifted off at 10 a.m. local time and entered the 650-km low-earth orbit a little over 20 minutes later, according to the Indian Space Research Organisation (ISRO).

The Polar Satellite Launch Vehicle (PSLV-XL) rocket that took the observatory into space also carried six foreign satellites, including four from the U.S., one from Canada and one from Indonesia.

ASTROSAT, which is expected to be operational for the next five years, is considered India’s equivalent of the famous Hubble telescope launched by U.S. space agency NASA in 1990. It contains an Ultraviolet Imaging Telescope and is capable of studying celestial bodies and cosmic phenomenon across a variety of electromagnetic wavelengths.

The launch, which makes India only the fifth global power to have an observatory in space — Japan, Russia and the European Space Agency are the others — comes less than a week after ISRO celebrated the first anniversary of its landmark mission to Mars last year. 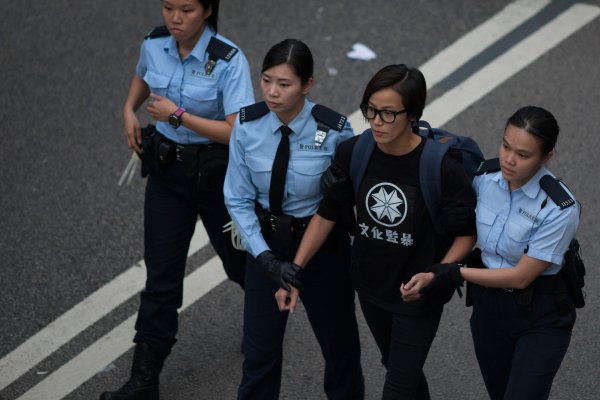 Hong Kong Art, a Year After the Umbrella Revolution
Next Up: Editor's Pick