How the Past 50 Years of Immigration Changed America

Fifty years after the signing of the landmark Immigration and Naturalization Act, a total of 59 million people have migrated to the United States, according to a new report.

Before 1965, immigrants coming to American shores had been primarily European. The legislation, also called the Hart-Celler Act, ended the former system of placing quotas on immigrants by national origin, instead prioritizing skilled workers and family members.

Today, one in five immigrants in the world reside in the United States, according to the Pew Research Center report released Monday. Those immigrants and their children have contributed an estimated 55% of the country’s population growth during that time; the U.S. population currently stands at almost 322 million. By 2065, nearly 20% of people in the country will have been born outside of American borders.

The most striking transformation in immigrant makeup has been within the Hispanic community, which has seen a drop in unskilled Mexican immigrants. While 35% of the 59 million immigrants in the past 50 years has come from Mexico, South and Central American immigrant populations are now booming in the U.S.

Much of this has to do with the Great Recession, says Mark Hugo Lopez, director of Hispanic research at the Pew Research Center. “Many Mexican immigrants are unskilled laborers,” he says. “Think of where that would work best: construction and the other parts of the housing market.” Lopez points to the mushrooming Mexican communities of Atlanta and Las Vegas, both cities with strong housing markets.

Since 2005, the U.S. has seen a downward slide in immigrant arrivals. “It’s partially because of the recession,” Lopez says. “It’s harder to cross the Mexican border itself. But it’s also because there are more people entering legally”—whether they come from countries like Venezuela, which has the highest-educated Hispanic population in the U.S., or the Asian triumvirate of China, India, and the Philippines. In other words, the 1965 act is doing its job: enticing highly skilled workers to come to America.

“Newly arrived immigrants aren’t coming in illegally because they don’t have to, and that’s a big economic change,” Lopez says. “We see Chinese people coming to pursue higher education, Indians in tech, and Filipinos [filling] medical careers.” And while that might seem like a stereotype, Lopez says that it all comes back to the 1965 law’s favoring highly educated immigrant populations.

Americans, however, can’t seem to make up their mind about what exactly they think about immigration. On the one hand, 45% say that immigration has made American society better, with 54% saying the immigration system in the U.S. needs to be addressed and an additional 28% going so far as to say it’s a broken system in need of total restructuring.

But 37% of respondents say immigration has made American society worse. A plurality see European and Asian immigration positively (44% and 47%, respectively). But Americans are a lot less enthusiastic about Latin American and Middle Eastern populations (with 37% and 39% of those surveyed expressing negativity); 50% of Americans are neutral when it comes to African immigrants. Lopez thinks the one-two punch of a post-9/11 environment combined with a recession marked Hispanics and Middle Eastern groups for negative perceptions.

The negative associations many have with the word immigration might have also changed in the last few months, since the the survey portion of the report was completed in March and April of this year, before a summer that brought immigration to the forefront of political conversation—from Donald Trump’s comment that Mexican immigrants are “rapists,” Europe’s migrants crisis, and the Pope’s declaration on his American visit that he was the “son of immigrants.”

Regardless, Lopez stresses that the act itself was not the origin of modern immigration—a number of factors worked to create the America we know today. “We use the 1965 law to start analysis, but it’s unclear whether the law itself [is the reason for change in American immigration patterns],” he says. 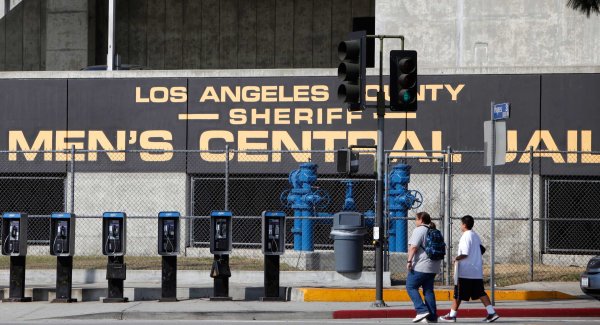 LA to Allow Federal Immigration Agents Into Jails
Next Up: Editor's Pick