After much speculation and hopes that BlackBerry would release an Android phone, the struggling business device maker finally caved to the pressure on Friday, announcing a new smartphone that runs on Google’s app-friendly operating system instead of BlackBerry’s increasingly obsolete software.

BlackBerry CEO John Chen explained in a CNBC op-ed why he had ultimately decided to make the Android smartphone, called Priv, after long insisting that the company was “committed” to its own operating system.

“For those restraining excitement until rumors became reality — the day has come,” Chen wrote in the article, acknowledging that some people would react “to this news with surprise.” He explained, “Priv will be the answer for former BlackBerry users who miss the physical keyboard but needed apps.”

Chen emphasized the security protections with Google’s Android platform, writing that “in today’s hectic world, where cyber threats are real for everyone…Priv will be the solution for smartphone users who are learning daily of the lack of privacy they have on their current devices.”

But BlackBerry will not abandon its legacy operating system entirely: “I want to be clear: fans of BlackBerry’s workhorse BlackBerry 10 smartphones can continue to depend on us,” Chen said, citing “continued demand” for its older “flagship” products. “They’re not going away.”

And to the many observers who declared BlackBerry nearly dead long ago, he stressed that the reports of its death have been greatly exaggerated, expressing optimism in its new strategy: 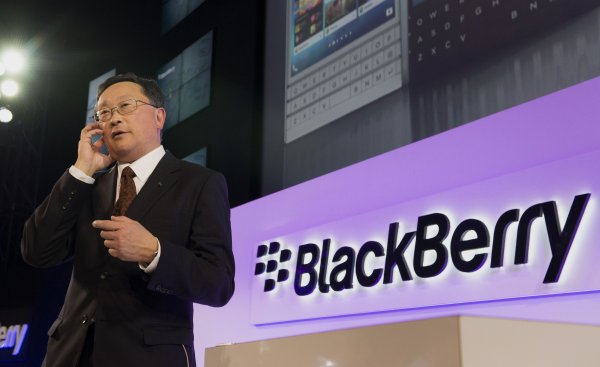 BlackBerry Confirmed It's Making an Android Phone
Next Up: Editor's Pick