Here's the 1 Device Every Road Warrior Needs in Their Kit

There’s never been a wireless hotspot that looks as good as the Karma Go, a coaster-sized device that offers pay-as-you-go, never-expires data service. At the same time, it’s never been easier to get connected via your phone or broadband provider’s hotspots without having to carry around yet another gadget. So the question is, does anybody really need one of these things?

The Go, which started shipping over the summer, provides high-speed connectivity over Sprint’s 4G LTE network. The hardware costs $149, while data service starts at $14 for 1 GB with discounts for the more data you buy. (1 GB doesn’t get you very far; you’ll probably end up buying more.)

I’ve been playing with a review model provided by the company for a few weeks now. I hit a snag on initial setup, as my MacBook Air wouldn’t display the account creation screen. Once I got past that hurdle, the Go offered Internet speeds on par with what I’d expect from a mobile broadband network. Your milage may vary, as Sprint’s network performs better in some places than others, but all in all everything worked as advertised.

The Karma Go has one particularly interesting and controversial feature: It forces you to share your connectivity with other users in range. Unlike other mobile hotspots, there’s no way to lock the device down with password protection. It’s a clever way for Karma to spread the good word. People who connect to your Karma are asked to create their own account, and their data usage doesn’t count against your own. But it also struck me as a security concern—what’s to stop a hacker from snooping on my browsing activity? Karma CEO Steven van Wel insists that’s not an issue. “We believe that we want people to share their resources,” he says.

Still, I’m slightly paranoid, and I’d prefer to keep my connectivity to myself.

Van Wel says he’d like Go users to carry around the device every day. “We want to liberate you from having to deal with companies like Comcast and Time Warner and AT&T and Verizon,” he says. That’s may appeal to some. But for me, it doesn’t make sense to carry an extra device on a daily basis. Living in New York City and equipped with a Verizon iPhone 6 and a Time Warner subscription that provides hotspot access, I don’t find myself struggling to get connected. That’s especially true now that Google is turning every Starbucks in America into a free Internet cafe.

But there is a viable use-case for the Go. Because the device’s data plans never expire, it makes a compelling addition to a travel bag. The Go can really save the day if you need to do work while stuck with subpar hotel or airport Wi-Fi. So if you’re a road warrior looking for connectivity options, be sure to consider the Karma alongside other hotspot options sold by your phone company—it just might be a better deal. 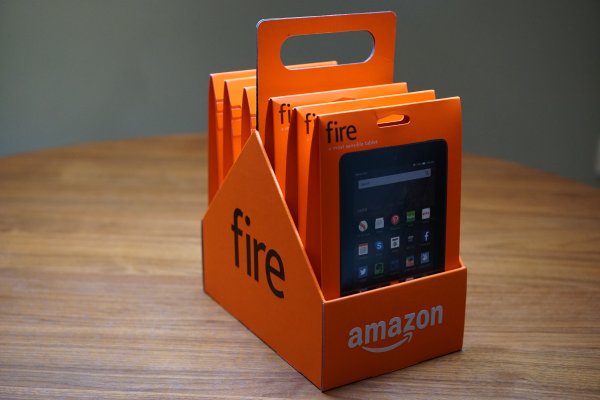 You Can Buy Amazon's New Super-Cheap Tablet in a 6-Pack
Next Up: Editor's Pick