Donald Trump escalated his burgeoning feud with Republican rival Marco Rubio on Friday, calling the Florida Senator a “clown” during a speech to social conservatives in Washington.

“You have this clown, Marco Rubio,” Trump told the Values Voter Summit, eliciting a smattering of boos from the crowd. “You talk about weak on immigration. [There’s] nobody weaker.”

Trump, who in recent days has attacked Rubio for being inexperienced and sweaty, criticized Rubio’s work with the so-called Gang of Eight, a bipartisan group of Senators who crafted an overhaul of U.S. immigration laws that would have granted a path to citizenship for undocumented immigrants who met stringent conditions. ”

“You remember the Gang of Eight,” Trump said. “It was terrible.” He went on to criticize Rubio for backing away from the substance of its work, which passed the Senate but never came up for a vote in the GOP-controlled House of Representatives.

After months of ignoring Trump’s jibes, Rubio waded into the ring this week with sharp words for the Republican frontrunner. “He had a really bad debate performance last week. He’s not well informed on the issues. He really never talks about issues and can’t have more than a 10-second soundbite on any key issue,” Rubio said. “I think he’s kind of been exposed a little bit over the last seven days and he’s a touchy and insecure guy,” Rubio said.”

Speaking to the same gathering of social conservatives earlier on Friday, Rubio invoked the resignation of House Speaker John Boehner to a chorus of cheers. “I’m not here today to bash anyone,” Rubio said. “But the time has come to turn the page.”

Read Next: Donald Trump Is at War With Fox News Again 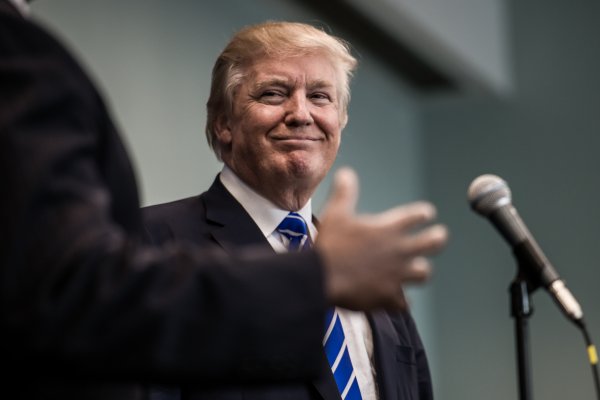 Most Americans Agree With Donald Trump, Poll Shows
Next Up: Editor's Pick