Chancellor of the Exchequer George Osborne visits an industrial area in the city of Urumqi in northwest China, after he became the first serving government minister to travel to Xinjiang province
Stefan Rousseau—PA Wire/PA Images
By Nash Jenkins

On his recent trip to China, U.K. Chancellor of the Exchequer George Osborne ignored the activists who urged him to approach the delicate topic of human rights in the country, instead focusing on fostering trade ties between his government and Beijing. This agenda earned him the praise of the Chinese state media, which celebrated his “pragmatism” and “diplomatic etiquette.”

“Keeping a modest manner is the correct attitude for a Foreign Minister visiting China to seek business opportunities,” read a Chinese-language editorial in the Global Times, a state-run tabloid, according to translation by the BBC. “Some Westerners believe their officials should behave like a master of human rights to show their superiority over China and the East.”

As Chancellor of the Exchequer — typically seen as the second most powerful position in the British government, behind the Prime Minister — Osborne is responsible for overseeing the U.K.’s economic and financial responsibilities.

Osborne’s trip took him to the metropolises of Beijing and Shanghai, but also to the western province of Xinjiang. He is the first British minister to visit the province, which has invited international attention in light of what many see as the oppression of its Uighur Muslim minority at the hands of the central government. Even as violence erupted between Uighur separatists and Chinese police forces on Wednesday, Osborne spoke in muted terms about the civil tensions, saying that matters of human rights should be treated “in the context of also talking about issues like economic development.”

“We are building an ever closer relationship with China — it’s a partnership that is set to unleash growth and help regions like Xinjiang, where we know investment can make a real difference, as well as unleash new growth back home,” he said.

Osborne has said he intends to make China the U.K.’s second largest trading partner by the year 2025. 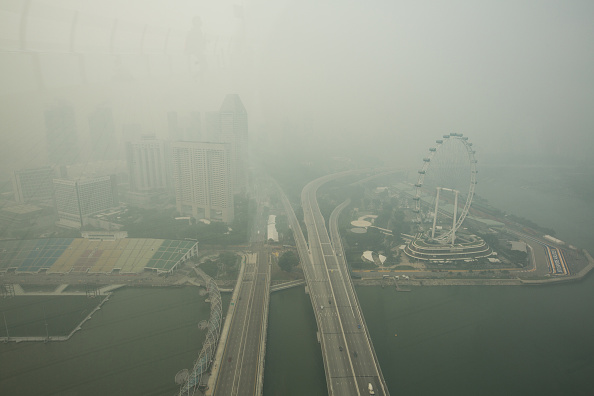 Worsening Haze Sparks Anger and School Closures in Singapore
Next Up: Editor's Pick