India’s Prime Minister Narendra Modi sought to present his country as an increasingly attractive investment destination for overseas firms in a meeting with several top industry leaders in New York City on Thursday.

He also invited them to join his Make in India initiative, which aims to increase the South Asian nation’s manufacturing capabilities.

Murdoch later tweeted his admiration of Modi and appreciation for their meeting, while acknowledging that the Indian leader has a difficult road ahead.

“Everyone was happy with the changes in India,” Vikas Swarup, spokesman for India’s Ministry of External Affairs, said after the meeting. “Their only demand was that the changes be faster.”

Modi is following a somewhat similar itinerary to that of Chinese President Xi Jinping, who is also currently in the U.S. He will next travel to California’s Silicon Valley to visit tech giants Google and Facebook, including participating in a town hall with the latter’s CEO Mark Zuckerberg — whom Xi met along with other business leaders in Seattle on Wednesday.

The Indian Prime Minister will also meet U.S. President Barack Obama on the sidelines of the U.N. summit in New York City on Friday. 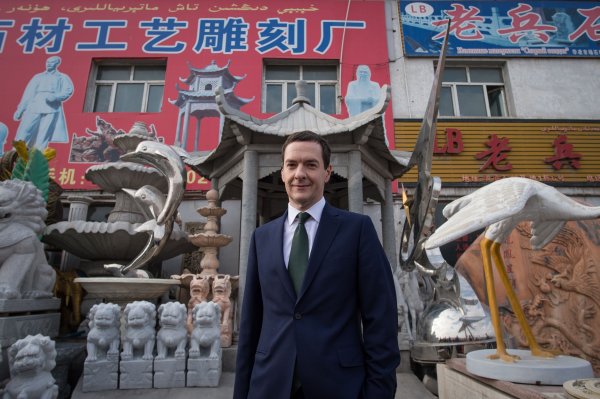 In China, U.K. Chancellor Focuses on Trade, Not Human Rights
Next Up: Editor's Pick