After the death of 717 worshipers in a stampede near the holy city of Mecca on Thursday morning, King Salman of Saudi Arabia has demanded a review of safety protocol for the hajj pilgrimage, an Islamic rite that draws millions of Muslims to the Middle Eastern nation each year.

The incident — the deadliest hajj catastrophe in a quarter of a century — resulted from a sudden surge in the crowd of pilgrims at Mina, where worshipers partake in a ritual known as the “stoning of the devil.” In addition to the numerous fatalities, 863 people were injured, the BBC reported.

Khaled al-Falih, Saudi Arabia’s Health Minister, said that the pilgrims traveled “without respecting the timetables” drafted to ensure order among the more than 2 million Muslims in Mecca for the occasion. The government has since launched a commission to investigate the stampede.

Ayatollah Ali Khamenei, Iran’s Supreme Leader and a longtime foe of the Saudi court, condemned the Riyadh government for its “mismanagement and improper actions” regarding the event and demanded that state officials “accept the huge responsibility for this catastrophe. At least 95 Iranians died in the stampede. 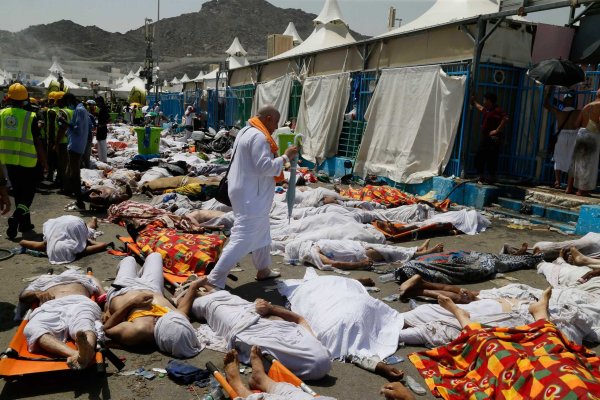 Saudis Faces Anger After Hajj Stampede Kills Over 700
Next Up: Editor's Pick