Yellen was speaking at the University of Massachusetts at Amherst when she abruptly stopped her address. According to Reuters, Fed officials say she felt lightheaded and sought medical attention as a precaution.

“Chair Yellen felt dehydrated at the end of a long speech under bright lights,” Fed spokeswoman Michelle Smith told Reuters. “As a precaution, she was seen by EMT staff on-site at U-Mass Amherst. She felt fine afterward and has continued with her schedule Thursday evening.”

Yellen was discussing inflation dynamics and monetary policy when she fell ill. 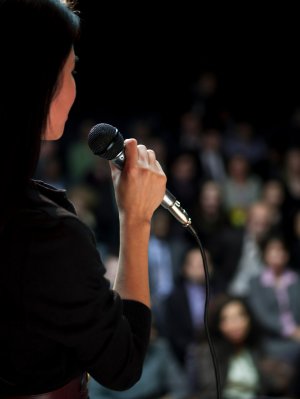 10 Things to Do Before a Big Presentation
Next Up: Editor's Pick