Few comedians are in Groucho Marx’s league — but he wouldn’t want to belong to any league that would have him as a member, anyway. The man who inspired a line of novelty glasses was born in New York on this day, Oct. 2, in 1890 (given name: Julius Henry Marx). He and his brothers became legendary as the zaniest characters ever seen, or heard, on stage, screen or radio: the “funniest brothers in the U.S.,” as TIME called them in 1930. Groucho, of course, was the leader of the pack: the one “who pulls most of the wisecracks,” per TIME.

A planned biopic announced this summer, with Rob Zombie as director, will pay homage to Groucho’s legacy and the debt Hollywood owes him. As TIME’s Richard Corliss put it in 2004, “If the Four Marx Brothers—Groucho, mute Harpo, Italianate Chico (pronounced Chick-o) and straight man Zeppo—weren’t the fathers of every aggressive film comic from the Stooges to Sandler, they were surely their Dadas.”

The Marx brothers’ comedy style was heavy on puns and light on logic, steeped in slapstick and highly irreverent — especially so with Groucho. “Unsquelchable effrontery has always been Groucho’s chief stock in trade,” TIME declared in 1951. “During his stage & screen career, he played a succession of brazen rascals.”

Captain Spaulding. Jeffrey T. Spaulding (as he explains, the “T” stands for Edgar) is an explorer and fast-talking con man in the Broadway play—and the 1930 film—Animal Crackers. He claims to have shot a polar bear while on safari; when pressed about encountering an Arctic bear in Africa, he explains, “He was a rich bear and he could afford to go away in the winter.” He adds, famously, “One morning, I shot an elephant in my pajamas. How he got in my pajamas, I don’t know.”

Professor Wagstaff. In the 1932 film Horse Feathers, Groucho plays Prof. Quincy Adams Wagstaff, president of the fictional Huxley College. The cigar-puffing (of course) professor teaches a geography class, telling his students, “The Lord Alps those that Alps themselves.” When students blow spitballs at him, he blows spitballs back. In the film’s iconic ending—a still of which made TIME’s front cover that year—Groucho and his brothers, cast as football players, arrive at a Huxley football game in a garbage can on wheels. They win the game when they ride to the end zone in their “refuse wagon,” per TIME, and “put down several balls for several more touchdowns.”

Otis B. Driftwood. Groucho as Driftwood is a scheming business manager working all the angles in A Night at the Opera (1935). In an attempt to assuage his client after he stands her up for dinner—and she catches him with another woman at the same restaurant where she’s been waiting for an hour—he explains, “That woman? Do you know why I sat with her? Because she reminded me of you.”

Dr. Hugo Z. Hackenbush. Groucho plays a “horse doctor posing as a fashionable neurologist,” as TIME describes Dr. Hackenbush, in the 1937 romp A Day at the Races. When told that a sanitarium is looking to hire a doctor with peculiar talent, he answers, “You don’t have to look any further. I’ve got the most peculiar talents of any doctor you’ve ever met.” Examining a patient, he remarks, “Either this man is dead or my watch has stopped.”

Read a 1951 cover story about Groucho Marx, here in the TIME archives: Personality 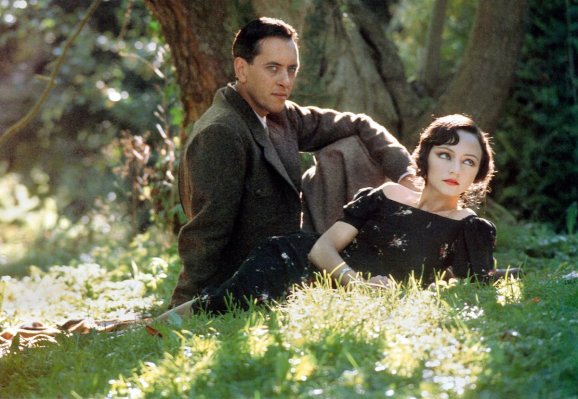