House Speaker John Boehner's Survival Could Give a Win to Democrats

John Boehner has spent much of his speakership like a cat on a hot tin roof, bouncing back and forth between the establishment and fiery Tea Partiers. Time and again, he has seen his power undermined, only to find a way to maintain his office. But those nine lives may be running out as the government shutdown looms.

Discontent with the Speaker over his inability to force the defunding of Planned Parenthood, stop the President’s Iran deal and do anything about Obamacare is reaching an all time high, with conservative members threatening to force a motion that could force him from his job. Things have gotten so bad, in fact, that Boehner allies tell TIME they could hold a confidence vote in early October to shore up his speakership.

“People feel that Washington DC should be representative of their voice and not just a select few inside the Beltway,” said Rep. Mark Meadows, a North Carolina Republican who filed a motion in July to force the speaker to vacate his seat. Of the 247 House Republicans, more than 40 are part of the Freedom Caucus, the most conservative spoke in Boehner’s wobbly wheel. Which means, if a vote is forced, more than likely Boehner would not get the necessary 218 votes to keep his speakership.

To survive, his aides are preparing for the possibility that they will need either Democratic votes, or Democrats abstentions, to keep Boehner in office, two moves that would no doubt come with some costly strings attached. “If Nancy Pelosi bails Boehner out, and I think she might in a pinch, she will extract her pound of flesh for it,” said former Senate Majority Leader Trent Lott, a Mississippi Republican. That pound of flesh could mean more government spending, which is at the top of the Democrats’ wish list. In short, Boehner’s survival could result in giving conservatives exactly the opposite of the smaller government they have been demanding

“He’s not going anywhere,” said Boehner’s communications director Kevin Smith. “If there’s a small crew of members who think that he’s just going to pick up and resign in the middle of his term, they are going to be sadly mistaken.” But unseating a speaker is not entirely inconceivable. Speakers have been deposed before by simple majority votes, though not in recent history. In 1839, 1855, 1859-60 and 1917 the House went weeks to months without a Speaker when one failed to garner a majority of votes.

If it happened, Boehner’s ejection would cause massive turmoil for a party just entering the presidential election season. It’s not clear anyone, and certainly not a Freedom Caucus member, would have the votes to win the speakership if Democrats failed to shore up Boehner’s support.

At the same time, Congress is dealing with a need to extend government funding, which is scheduled to expire on September 30. Both chambers next week are expected to punt on a looming government shutdown to give negotiators more weeks or months to hammer out budget differences. Negotiations may then begin in earnest on a stack of legislation that needs to be sorted out before the end of the year.

At stake is not only keeping the government funded, but the debt ceiling, the reauthorization of the Federal Aviation Administration, critical transportation infrastructure funding and annual tax credits eagerly sought by the business community.

House Minority Leader Nancy Pelosi’s price for saving Boehner’s speakership, or for avoiding a bruising government shutdown in early December, will likely be increased funding for Democratic priorities on some or all of these fronts.

Republicans gained nine Senate seats and 13 House seats in the 2014 elections. Translating those victories into legislative losses for the Republican agenda would be a humiliating turn of events for both Boehner and Senate Majority Leader Mitch McConnell. But it’d be catnip for Democrats for whom Boehner’s hot tin roof is turning out to be a comfy place indeed. 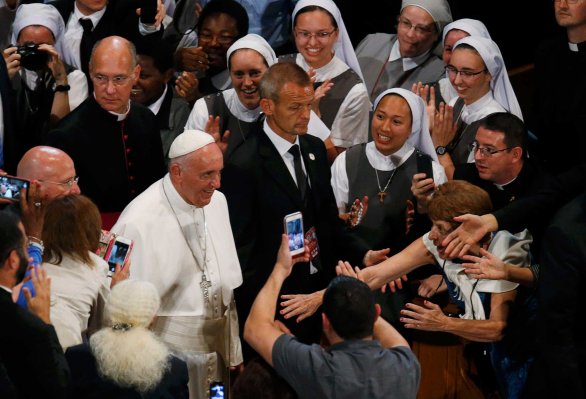