The United States and China will announce on Friday a slew of new policies to combat climate change, including a national cap-and-trade program in China, according to senior White House officials.

The White House framed the announcement from the world’s two largest polluters as a move to position the countries as leaders in the fight against climate chance ahead of a landmark U.N. conference to address the issue this fall. New regulations on building efficiency and standardized rules for heavy emitting vehicles will be among the key measures announced Friday during a state visit hosted by President Barack Obama for his Chinese counterpart Xi Jinping.

China had previously announced precursors of a cap-and-trade program and said it planned to roll out a system next year. Under such a system the national government sets a limit on carbon emissions and requires companies to purchase permits for their emissions. The system is planned to begin in China in 2017, a White House official said Thursday.

“This year is about showing the world our countries’ conviction to policies to reach those targets and to lead the world toward a durable global climate agreement,” said a senior administration official before the formal announcement.

The new policies will provide definition to a joint announcement the two presidents made last November in which they committed to curbing greenhouse gas emissions in their countries. The U.S. pledged to cut emissions by 26% to 28% below 2005 levels by 2025, and China said its carbon dioxide emissions would reach peak levels by 2030 before going down in subsequent years. Just last week, the two countries announced commitments from regional governments within their borders whose leaders have said they will implement their own measures to fight climate change.

On Friday, China will also announce a financial commitment to help developing countries reduce their carbon emissions and prepare for the effects of climate change. The exact size of that figure was not immediately clear. The U.S. previously committed $3 billion to a U.N. fund for that purpose and will reaffirm the commitment on Friday.

Climate change experts anticipate finance will be a key issue in the U.N. climate change conference this fall. And, while commitments from China and the U.S. signal a willingness to engage on this issue, questions remain about how initiatives will be funded in the developing world. An agreement at the 2009 climate conference in Copenhagen called for developed countries to provide $100 billion annually by 2020 to fund efforts to combat climate change in developing countries. Beyond China and the U.S., Japan, the United Kingdom, France and Germany have all pledged more than a $1 billion in support, but the $100 billion per year target still appears elusive.

China’s commitment to cutting carbon emissions marks a reversal from just a few years prior when the country sought to foil international agreements on climate change. In 2009, the country worked to block a strong agreement during U.N. climate negotiations in Copenhagen. Even now, many in the U.S. continue to question the sincerity of the country’s commitments. Asked about expectations that China’s would develop a smaller cap and trade program over the summer, Senator James M. Inhofe of Oklahoma, chairman of the Senate Environment Committee, replied, “They’re lying.”

But recent efforts have swayed experts on the ground. The country has doubled down on plans to dramatically grow their renewable energy production, particularly in wind, small hydro and biogas, leading to renewed optimism about joint plans to fight climate change. 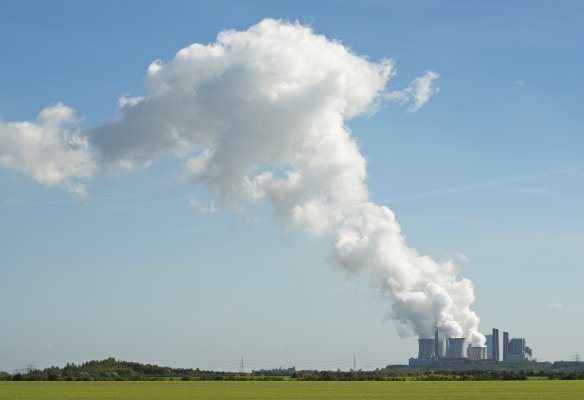 Why Business Are Taking Climate Change Seriously
Next Up: Editor's Pick