Chinese President Xi Jinping (front-row-center), poses for a photo with a group of CEOs and other executives at Microsoft's main campus in Redmond, Washington on Sept. 23, 2015.
Ted S. Warren—Reuters
By Victor Luckerson

It’s pretty rare you see the CEOs of Facebook, Apple and Microsoft in a room together, let alone standing awkwardly in an imitation of everyone’s third grade-class photo. But Mark Zuckerberg, Tim Cook, Satya Nadella and other tech luminaries bore this burden for a chance to meet with Chinese president Xi Jinping this week.

The group gathered for an economic forum in Seattle hosted by the Paulson Institute, a think-tank started by Henry Paulson, former Secretary of the Treasury. Other American CEOs in the photo include Amazon’s Jeff Bezos, AMD’s Lisa Su and Airbnb’s Brian Chesky. A number of Chinese business leaders were also present, including Alibaba’s Jack Ma, Tencent’s Pony Ma and Baidu’s Zhang Yaqin.

American tech companies are eager to tap into massive and fast-growing Internet population, which is already more than double the population of the United States. But many have faced challenges gaining a foothold in the country. Google CEO Larry Page was notably absent from the event. His company left the Chinese mainland in 2010. Also missing was Uber’s Travis Kalanick, who is orchestrating an aggressive expansion of his ride-hailing service in the country. 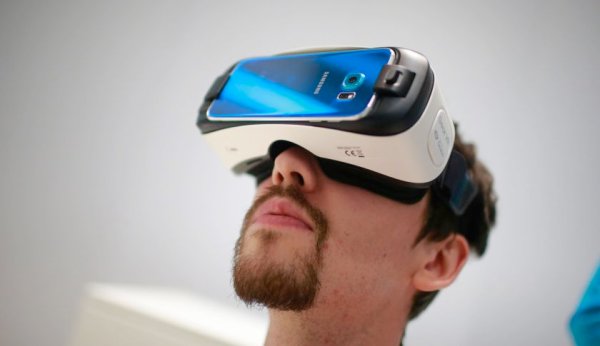 Samsung’s New Gear VR Only Costs $99
Next Up: Editor's Pick