A 1957 edition of the first Mrs. Piggle-Wiggle book
J. B. Lippincott
Ideas
By Sarah Begley

Ever since Betty MacDonald published Mrs. Piggle-Wiggle in 1947, millions of children have thought of the friendly high-heeled neighbor lady with the magical hump on her back as a grandmotherly figure.

Seven decades, four sequels, a TV adaptation and one musical later, the classic series will get a reboot, with the help of none other than Ann M. Martin, the creator of The Baby-Sitters Club. In September 2016, she and Annie Parnell, MacDonald’s great-granddaughter, will introduce a new generation of children to Missy Piggle-Wiggle, Mrs. Piggle-Wiggle’s great-niece.

In the new stories—there are so far plans for two books from Feiwel and Friends—twentysomething Missy comes to watch over the beloved upside-down house and the pets therein after her great-aunt has had to go away unexpectedly. When parents in the neighborhood discover that Missy, too, has magical powers and a knack for children, they start coming to her for help with bad behavior. Unlike her great-aunt, the widow of a pirate (or so she claimed), young Missy will have a romantic plot line with a local bookseller. While Parnell came up with the concept and advised on the story, kid-lit superstar Martin took the lead on the writing—a task she was happy to take on when Macmillan approached her, since the series was a favorite in her own childhood.

“I had the first four, and I can picture them on the bookshelf in my [childhood] bedroom,” she says. “I just thought they were hilarious, so I couldn’t have been happier when they came to me and explained the project and asked if I’d be interested in working on it.”

Rebooting landmark children’s book series has been a popular tactic for publishers. In October, Simon & Schuster Books for Young Readers will release 365 Days of Eloise, a holiday-themed version of Eloise, with illustrations by Hilary Knight (who also illustrated some of the early Piggle-Wiggle books). There have been multiple iterations of Laura Ingalls Wilder’s Little House; the Hardy Boys live on in a Secret Files series begun in 2010; and Peggy Parish’s nephew, Herman Parish, has carried on the Amelia Bedelia series since her death. In 2009, Parish even started a prequel-style series about Amelia’s school days. With a little luck, Missy Piggle-Wiggle will join them as a viable franchise for the 21st century; the second book is already in the works for 2017.

Mrs. Piggle-Wiggle holds a special place in many hearts, with her potions and “cures” for misbehavior that sometimes involve magic, but often rely simply on a keen understanding of child psychology: a little girl who doesn’t like washing the dishes, for instance, performs the chore with much more enthusiasm when she and Mrs. Piggle-Wiggle make believe a wicked witch is coming to inspect. She never scolds children or makes them feel inferior; she just ensures that they learn and mature in a way that’s fun for them. Even her personal hygiene is dictated by the needs of children—she wears her hair long so they can comb it, and she smells of sugar cookies, a scent that is “very comforting to children who are sad about something.”

But children today are savvier than they were in the ‘40s and ‘50s, Martin says—and perhaps more apathetic, too. The title of the new volume is emblematic of that shift: Missy Piggle-Wiggle and the Whatever Cure, named for a little boy whose default response is “whatever.” The young Missy Piggle-Wiggle’s scenarios will shift accordingly—iPhones and computers will appear—but retain all the “fanciful magical fun” of her great-aunt, Martin says.

Parnell says the spirit of Mrs. Piggle-Wiggle was omnipresent in her family growing up. “She was in my grandmother’s kitchen teaching me how fun cooking could be, she played elaborate games of dress up with me in my aunt’s closet, and she understood that a calf was a perfectly reasonable companion for a four-year-old girl on a ranch,” she says. “Above all, she was present in the way my family would so often find humor in our childhood misdemeanors. But it wasn’t until I had children of my own that I realized just how spot-on Mrs. Piggle-Wiggle’s approach to child-rearing was.”

If that playful approach to parenting was taken for granted in the ’40s, it will be a welcome throwback today. 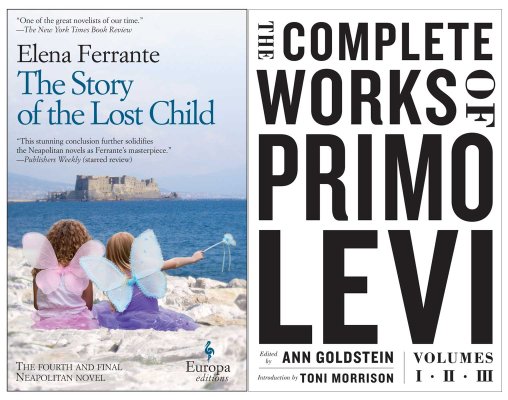 Even Elena Ferrante's Translator Doesn't Know Her Identity
Next Up: Editor's Pick