Delaware police shot and killed an armed man in a wheelchair who had apparently attempted suicide Wednesday, prompting bystanders to yell at officers for opening fire.

The News Journal reports that the man, Jeremy McDowell, had a self-inflicted gunshot wound when police arrived on scene. After McDowell refused to drop his weapon, Wilmington, Del., police shot him multiple times. The shooting is under investigation.

“They couldn’t [use a Taser on] him?” Alexis Anthony, who said she was McDowell’s cousin, told the News Journal. “Instead, they killed him instead. They could have knocked him out of his wheelchair.”

In January, two Wilmington police officers came under scrutiny after shooting Marvin Jones, who is black, during a traffic stop, leaving the man a quadriplegic. The circumstances surrounding the shooting drew fire from the state’s NAACP chapter after the police department changed the story of whether Jones or the officers fired first. The agency first said Jones had fired toward two officers, who are white, but later said he had only pointed a gun at them.

In July, a report released by Delaware Attorney General Matt Denn cleared the officers of any wrongdoing, saying the shooting was justified. No criminal charges were filed. 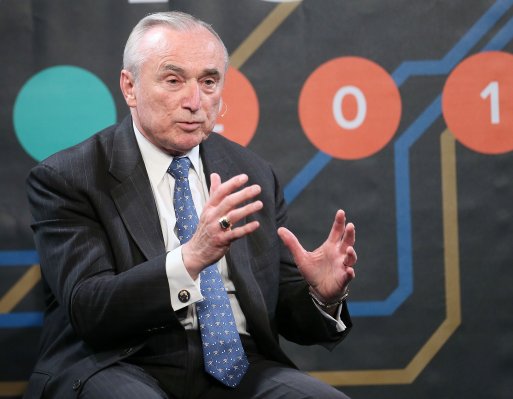 What Bill Bratton Has Taught American Police
Next Up: Editor's Pick