Margaret Cho on How to Make a Responsible Caitlyn Jenner Joke

Margaret Cho live at the at the Gramercy Theater in New York City in Margaret Cho: psyCHO.
Mindy Tucker—Showtime
By Nolan Feeney

Margaret Cho called her new comedy special psyCHO because the world is making her feel like one. Boko Haram, Jian Ghomeshi, domestic abuse in the NFL—in between riffs on sex and celebrities she takes on all the topics driving her crazy in her new comedy special airing Friday night on Showtime. “Violence against women hasn’t changed,” she tells TIME a few months after filming the special. “There’s a lot more to talk about now too, in talking about Bill Cosby and that frustration of what can we do when we’re feeling victimized as a gender.” psyCHO is also Cho’s first comedy special since the deaths of her comedy mentors Robin Williams and Joan Rivers, a “shattering” loss Cho copes with by trying to pay it forward. Below, Cho talks with TIME about her Amy Schumer mutual admiration society, the impact of Fresh Off the Boat and working on Ken Jeong’s upcoming sitcom.

TIME: This special felt different from your others—more conversational, more storytelling, less traditional standup material. Why did you go in that direction?

Margaret Cho: There are a lot of things that made me really emotional about the show. To be able to talk about Robin and Joan was a really important thing for me. Those stories are funny, but they really make me cry. That was such big emotional revelation for me as a performer to get that honest. I’m really proud of it, and I’m glad that I got to do that.

You talk about Robin and Joan as your mother and father in comedy. Are you stepping into that role for other comedians?

I hope so. I know that I have influenced Amy Schumer a lot. She’s always saying that I’m the biggest inspiration, so I’m really proud of my own legacy in comedy, but comedy is the kind of an apprenticeship art form. There’s mentoring and apprenticeship. I am greatly appreciative and grateful that I can do that for somebody else. I’m psyched about this emergence of a tremendously important feminist voice that is incredibly intelligent, incredibly free, and very vital. It’s like a totem pole. We all stand on each other to get to the next place, and I feel like women in comedy are really doing great.

Have you always turned to comedy as an outlet for grief?

I had to address it when I was writing about it and doing homeless outreach inspired by Robin Williams. Through that I was talking a lot about grief and how important funny people are to the world. I had lost comedians that I loved and that I was close with but nobody that I looked up to as much as Robin and Joan. There’s all of this sadness that goes along with this, but when you lose your mentor it’s really shattering. It was important to acknowledge that when you lose your mentor, you become the mentor.

We spoke earlier this year about the advice you gave Eddie Huang as his life story was being turned into the ABC sitcom Fresh Off the Boat, as well as the challenges you faced while making All-American Girl. Looking at the success of Fresh Off the Boat, are you seeing the kind of reactions and changes in television you hoped would come from it?

Yeah, and I’m really happy with it. I’m really hoping that Eddie does get some enjoyment out of it because it is his life. I hope that they are considerate and more faithful to his life than they have been, but I’m happy with the show as it is. Another one which I think is also going to be very successful too is Dr. Ken—I’m talking to Ken Jeong about that too. I think it’s a ritual that when you go into that process that you have to reach out to me and talk to me about this. Maybe I’m helping them have some more confidence around the building of it. I’m happy to see more and more opportunities for Asian-Americans. These shows are really important. It shows that we’ve changed and we’re at a place where now this ethnic identity isn’t so outlaw, that we can actually have a comedy that rings true.

What did you and Ken Jeong talk about? Different questions from the ones Eddie had?

It’s less questions and more statements of like, ‘If you weren’t here, none of us would be here.’ And just gratitude, which is so warm. I’m hoping that I can do something on Ken’s show. I would love to. We’re just seeing the possibilities. [Note: Since our conversation, Cho has been cast as the sister of Jeong’s character.]

You filmed this show in March and it’s just airing now. How does the lag time affect what you talk about?

You hope that things will still be relevant, which I think they are. The things that are personal never change, but we’re still talking a lot about police brutality. We’re going to be in that conversation for a long time. I talk a little bit about Caitlyn Jenner in the show, but at that point she had not chosen a name yet. She was still Bruce. That was something that’s changed, but I still have the same feelings about it, and I think everybody understands that. It stays pretty relevant to what’s happening.

I wanted to ask you about that Caitlyn Jenner joke. Without spoiling your routine here, you manage to poke fun at the media spectacle around her and the Kardashian empire, but never Jenner herself. As someone who’s been a vocal supporter of the LGBTQ community, how do you make a responsible Caitlyn Jenner joke in 2015?

No matter what I will always be supportive of the trans community. It’s a community that’s important to me. At that point everybody was still questioning, ‘Well what does transitioning mean? What does it mean when somebody like Bruce Jenner transitions?” My joke about it is: remember that’s an Olympian and that the bravery that is required to undergo something that is as intense as transitioning is such a public form. She’s really taken with that. It was a prediction that it would show that, and that was why it was so exciting. It was more a celebration of her—I just didn’t know her name.

You’ve been critical of the idea of “outrage culture” since your Golden Globes appearance generated some controversy, and it came up again in the comedy world again later with Trevor Noah’s old tweets. Where do you think this comes from?

It happens because we have social media that grasps it. People always have these opinions, but we didn’t have a forum before social media to put it out there and have other people take those opinions and expand on them. We’re bombarded with opinions now and that’s because of the way society’s structured, but my point is, “Where do Asian-Americans stand in this conversation about race?” When we’re talking about race with white people or somebody who comes from a different ethnic background, that we have to some how sanitize our experience so not to offend white people is really ludicrous, and ultimately racist. If I’m doing something and speaking in a Korean accent, I’m actually paying tribute to people in my family who have suffered under the regime of Kim Jong Il and now Kim Jong Un, the separation that we’ve experienced for 65 years now. It’s a great tragedy, and the only way that somebody as myself can deal with that is through comedy, and I think it’s important.

Are there jokes you’ve told early in your career that you’re grateful never made it to Twitter or were never captured on a smartphone?

Yeah, for sure, but also my perspective has changed on certain words. This is what was always very impressive about Joan Rivers, too, is that she never cared about that because she was from a different generation where you had to be so censored that she was celebrating that freedom to say anything. Comedy is weird because it does get taken out of context. All of my movies have been documented so I haven’t gone back to see where am I being really offensive. I’m sure I was somewhere. 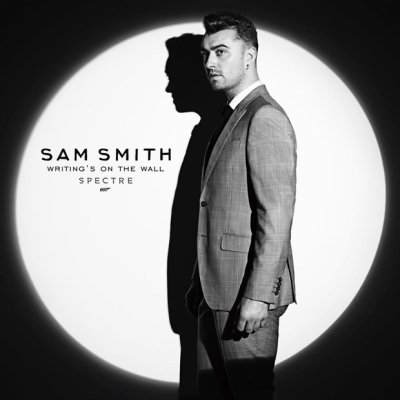