Hidekichi Miyazaki, 105, imitates the pose of Usain Bolt after running with other competitors over eighty years of age during a 100-metre-dash in the Kyoto Masters Autumn Competiton in Kyoto, western Japan, on Sept. 23, 2015.
Toru Yamanaka—AFP/Getty Images
By Ashley Ross

This is the 105-year-old sprinter’s third world record, but he isn’t satisfied and hopes to be faster by his next race. He ran a 100 m sprint of 42.22 seconds on Wednesday, a few seconds over his unbeaten record of 34.10 seconds when he was 103.

“I wanted to shave off a few more seconds as I got 36 seconds while training,” he told NBC.

Miyazaki—who goes by the moniker “the Golden Bolt” as he looks up to champion sprinter Usain Bolt—didn’t start running until he was in his 90s, when most of his friends had already died.

Miyazaki told the Guinness Book of World Records that he needs to get in better shape for his next race since he wasn’t pleased with his time. “I will now have to start working out more with this result,” he said. 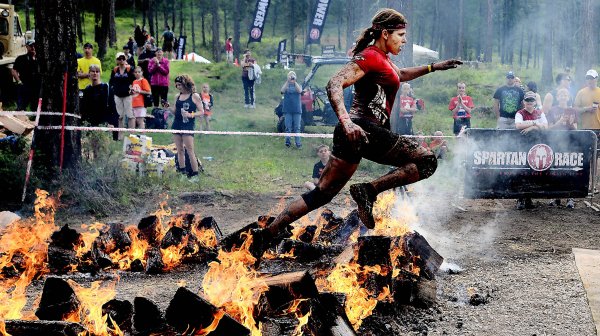 The Rise of the Suburban Spartacus
Next Up: Editor's Pick