The Intern writer-director on the state of the rom-com, female bosses and how she (may have) inspired Amy Schumer’s signature skit
Javier Sirvent for TIME
By Eliana Dockterman

Why did you write about a friendship between a young female boss [Anne Hathaway] and her older male intern [Robert De Niro]?

I wish as a young woman I had had someone who was not my shrink, not my parent, but a wonderful person watching my back. Ben [De Niro] is not damaged, and a lot of the men I’ve written have been. It made me think about men I knew when I was a little girl–my dad, my grandfather–and how that kind of man seems to be disappearing.

In The Intern you posit that today’s young women grew up with girl power, but men did not receive the same encouragement. Are young men stunted?

When my daughters were growing up, Oprah was on TV every day pushing girls forward. Meanwhile boys fell in love with video games. These boys turned into men who wear hoodies and don’t shave. I think there is a reluctance to embrace adulthood. Obviously, that’s a generalization. I’m not talking about my son-in-law!

You’ve done a lot of rom-coms. This is more of a platonic bud-com, but there are always headlines, The rom-com is dead.

The rom-com has been in a bit of a coma. Perhaps not dead. I’ve noticed all my life if I ask, “How did you two meet?” the whole table turns and listens. Everyone’s interested in relationships. There’s a ceiling to how much money rom-coms can make, but Trainwreck was a hit.

I bumped into Julia Louis-Dreyfus at the farmers’ market after I saw it. I asked, “Were you talking about my movies?” And she said, “What do you mean?” very quickly and kind of guiltily. I said, “You know, you talked about Jack Nicholson and turtlenecks.” I told her it was so great.

It reminded me of you because you are one of the few directors who wouldn’t send a woman off on a boat after she reached the age of 40.

Which is also rare.

And he doesn’t die. Men that age in movies always die. He’s very much alive throughout.

Do you feel a responsibility to portray women in a certain way?

Absolutely. Often in movies the female boss is the villain–a sexual predator or a tight-ass nobody likes. I talked to Anne about how there’s a built-in prejudice toward the female boss, and we had to counter it.

Hathaway has faced similar labeling issues, being called “too perfect” or “unlikable.” Why?

She became very successful at a very young age. I’m not sure a guy with that kind of talent and looks and ability–she’s unbelievably talented–would have encountered that criticism. She’s a fantastic young woman.

Were there any women who inspired her character?

Not a real CEO. She is in a long line of working women that I’ve written.

Ryan Gosling has it all. Leonardo DiCaprio is as good as they get. I have no idea if he’d be interested in doing anything other than the movies he makes.

De Niro made those kind of movies.

That’s true. If I’m around when Leo turns 70, maybe it’ll work out. 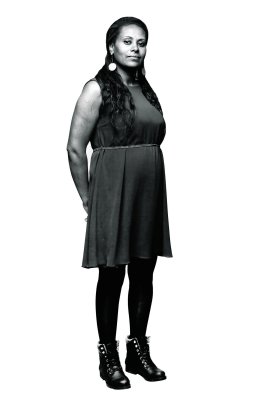 11 Questions With Aberash Bekele
Next Up: Editor's Pick