Kenan Thompson and Kel Mitchell during the "Good Burger" skit on The Tonight Show on September 23, 2015
NBC—NBCU Photo Bank via Getty Images
By Nash Jenkins

Comedy these days has no shortage of riotous duets: Key and Peele; Amy Poehler and Tina Fey; John Mulaney and Nick Kroll. But years before any of these acts, Generation Y was watching Kenan Thompson and Kel Mitchell, who starred on the Nickelodeon sketch program All That during its heyday in the mid-1990s, and whose eponymous television series was one of the most popular shows targeting the youth audience during its run from 1996 to 2000.

On Wednesday night’s episode of The Tonight Show, host Jimmy Fallon reunited the pair, to the abject delight of his audience. It was, after all, the first time they’ve appeared onscreen together since All That‘s 10th anniversary special in 2005.

The seven-minute sketch riffs on their 1997 film Good Burger, the tale of two delightfully inept fast food workers that is now a cult classic in the nostalgia canon. This time, though, Fallon joined Mitchell — whom has stayed mostly out of the spotlight with the exception of a 2006 death hoax on MySpace and a few other appearances — behind the Good Burger counter. Thompson, now a 12-season stalwart of the Saturday Night Live cast, plays a construction worker who comes by to order a Double Good Burger and some Good Fries.

The sketch was a joint creation of All That producer Dan Schneider—who recently hired back Mitchell to star in his new Nickeloden show, Game Shakers—and Tonight Show writer Mike DiCenzo. Schneider asked Kenan and Kel if they were game to revive the Good Burger sketch, and they agreed. (Schneider’s wife, Lisa Lillien, author of the Hungry Girl cookbook series, make a cameo as a guest.)

Read next: Kel Mitchell On His Return to Nickelodeon and Why He Still Loves Orange Soda 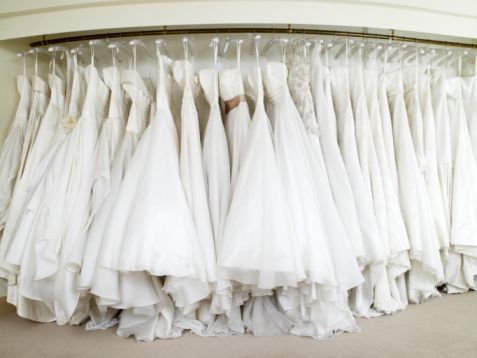 This Bride Will Be the 11th in Her Family to Wear This 120-Year-Old Wedding Dress
Next Up: Editor's Pick