The Eastern Hemisphere has not been particularly kind to Chris Brown. In June, the Philippine government refused to let him leave the country after he performed in Manila, acknowledging a fraud complaint from, interestingly, a powerful religious group — they said Brown had bailed on another concert for which they had paid him $1 million. (The case is ongoing.)

Now, Australian authorities say they may decline the performer’s pending visa application — he is scheduled to tour there in December — in light of his past domestic violence conviction, which Michaelia Cash, the country’s Minister for Women, described as “not of the character that we expect in Australia.”

“People need to understand, if you are going to commit domestic violence and you want to travel around the world, there are going to be countries that say to you, ‘You cannot come in,'” Cash said at a press conference held Thursday to discuss a new national domestic violence prevention program. Boxer Floyd Mayweather was refused a visa for similar reasons earlier this year.

In March 2009, Brown was charged with felony assault and making criminal threats following an altercation with pop artist Rihanna, his girlfriend at the time. The incident prompted British immigration authorities to decline his visa application the following year.

Following Brown’s announcement last week that he would tour Down Under, advocacy group GetUp! drafted an online petition urging Australia’s Minister of Immigration to keep the pop star out of the country. As of Thursday afternoon local time, it had received more than 10,600 signatures.

“By turning a blind eye to his tour, we send a message to survivors of family violence that it’s not that important and that you should just get over it,” the text of the petition reads.

When contacted by TIME, Brown’s management seemed impervious to the effort to derail the artist’s tour.

“The good people of Australia want to see Chris Brown perform,” Mike G, Brown’s manager, wrote in an email Thursday morning. “The recent pre-sale for his upcoming tour sold out in two minutes. We are blessed and grateful for this wonderful opportunity to give them the best show possible.” 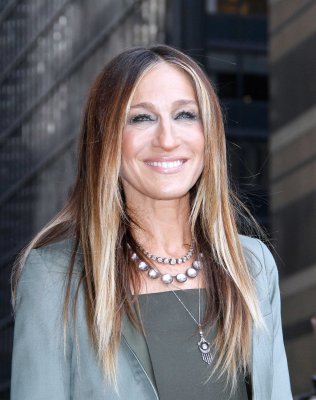 Sarah Jessica Parker Recalls Being Given Treadmill by Producer
Next Up: Editor's Pick