How This Child Was Poisoned by Tainted Cucumbers

“We are sticklers about eating a vegetable at every meal,” says Meghann Mills of Sandy, Utah, a mother of three. “We have cucumbers in our fridge all the time and we eat them at least every other day.”

But the family’s good intentions turned tragic on Aug. 19, 2015, when Meghann’s 5-year-old son Charlie Mills started getting sick after eating cucumbers his family had bought, as usual, from their local grocery store. The cucumbers were tainted with Salmonella. Charlie started vomiting and having massive diarrhea, and for about a week, Meghann and her husband Jesse Mills thought their son had a bad bug—but they had no idea just how bad.

About a week later, the Mills thought Charlie was getting better. But he was still weak. He couldn’t move his neck very well, and he had lost a noticeable amount of weight. On Aug. 27, Meghann heard her son screaming in the bathroom. “He was peeing blood,” she says, which soon turned into painful chunks of blood. His temperature rose to 104-105 F, and the Mills brought Charlie to the emergency room.

“His little body was just shaking,” says Meghann. Tests were run at the hospital, but at the time doctors weren’t sure what was causing Charlie’s reactions. Eventually on September 11, tests came back revealing that Charlie had a urinary tract infection and that his urine was full of bacteria. His lab results tested positive for Salmonella Poona, the same strain implicated in the current outbreak linked to cucumbers.

At the same time Charlie was getting sick, reports of sickened Americans were arriving at the U.S. Centers for Disease Control and Prevention (CDC), from California to New York and practically every state in between, including Alaska. Men, women and children nationwide were testing positive for strains of the bacteria Salmonella Poona. Through an investigation, the CDC had identified cucumbers imported from Mexico and distributed by Andrew & Williamson as the likely source of the outbreak. Just one week before Charlie’s diagnosis, Andrew & Williamson voluntarily recalled all of its cucumbers sold under the “Limited Edition” brand label during Aug. 1 through Sept. 3.

The latest data available as of Sept. 15 show that 558 people have been infected in 33 states. More than half of those infected are under 18. So far 112 people infected have been hospitalized, and three people have died.

“Our thoughts go out to the victims, their families and their loved ones,” Andrew & Williamson said in a Sept. 10 statement. “We want to let those who are affected know we are fully cooperating with health officials to ensure we are doing everything possible to learn if we are responsible and how this could have happened.”

After health officials called Meghann to recount what Charlie ate—a conversation that confirmed the cucumber connection—the Mills family filed a lawsuit against Andrew & Williamson on behalf of Charlie on Sept. 18. Marler Clark, the food safety law firm representing the Mills family, has already filed 10 lawsuits on behalf of people affected by the cucumber outbreak.

“There’s so much pain watching my son be sick. I felt so hopeless as a mother,” says Meghann. “There are people out there whose children die from similar situations. I can’t imagine losing my kids like this. I’ve always known you have to cook chicken thoroughly. As long as you are washing your vegetables and buying from stores that are clean, it’s supposed to be fine. Someone is supposed to protect you. The system is failing.”

Tainted cucumbers are not the only breach in food safety. The CDC estimates that every year, about 48 million Americans get sick, 128,000 are hospitalized and 3,000 die of foodborne diseases.

Charlie is currently taking antibiotics and is doing fairly well, Meghann says. “He’s a tough kid, but not 100% himself yet. He’s not quite as active, but he’s doing good.”

Last night, Meghann served her family the first salad since Charlie got sick. “My husband looked at me like I was crazy,” she says. “Nobody really ate much except me.” 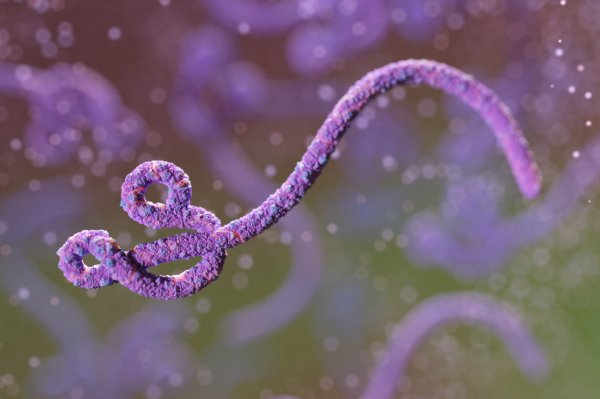 Here's What U.S. Health Experts Learned From Ebola
Next Up: Editor's Pick