Pope Francis reaches to give a blessing to Sophie Cruz, 5, from suburban Los Angeles, during a parade in Washington on Sept. 23, 2015.
Alex Brandon—AP
By Tanya Basu

Sophie Cruz got closer to the Pope than many Americans did on Wednesday, delivering a message to pope Francis in support of immigration reform.

A video of the parade shows the 5-year-old girl from South Gate, California, sneaking through the heavy barricades lining the Pope’s route through Washington, D.C. A police officer holds her back, and Sophie shyly retreats, waiting by the barricade.

But the story took a turn when the Pope gestured to Sophie to approach the vehicle. A bodyguard lifted the girl and brought her to the Popemobile, where Francis briefly embraced her. The guard planted Sophie down, but before she returned back to the barricades, she handed the guard a yellow t-shirt and a letter that was handed over to the Pope and subsequently, an aide.

The t-shirt read, “Pope: rescue DAPA, so the legalization would be your blessing.”

The letter the girl delivered expressed hopes of illegal immigrants like Cruz’s mother and father to remain in the country, Gloria Saucedo, the director of immigration advocacy group Hermandad Mexicana Transnacional, told Fox D.C. The group, based in Los Angeles, had organized a trip for 25 people, including 5 other children besides Sophie, to deliver the immigration message.

“This has filled us with enthusiasm,” Saucedo told the network.

Sophie and her father, Raul, will be at a rally and news conference on Wednesday evening at the Capitol; she has also been invited by Rep. Julia Brownley (D.—Calif.) to attend the Pope’s Congressional address on Thursday, Fox D.C. reports. 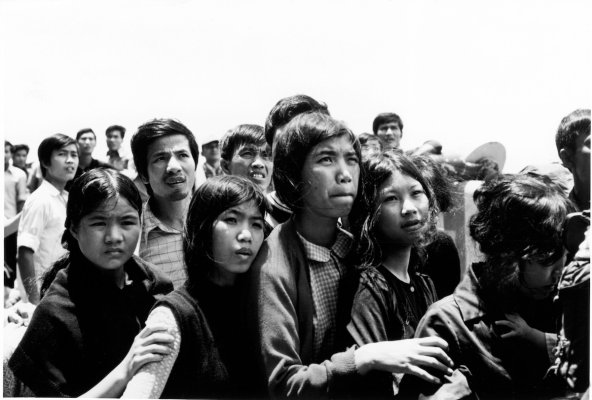 U.S. Can Handle Much More Than 10,000 Syrian Refugees
Next Up: Editor's Pick