What to Know About Volkswagen's Next CEO

Porsche CEO Matthias Müeller is set to take over as chief executive of the beleaguered Volkswagen, Reuters reports. His ascension comes after former CEO Martin Winterkorn resigned Wednesday amid an emissions scandal that’s cast a dark cloud over the future of the world’s largest automaker.

Müeller will have to guide Volkswagen though the worst crisis in its 78-year history. The company admitted this week 11 million of its diesel cars are outfitted with software that cheats emissions tests, opening the company to fines and consumer lawsuits that could cost it billions of dollars.

Education: Computer Science at the University of Munich

After Winterkorn’s resignation, Müeller was quickly named a favorite for the top role on the back of his work as the head of VW-owned Porsche. Porsche’s profit margin per car of 18% exceeds any other in the Volkswagen group, while Porsche set record revenues and profits for 2014 on the strength of its Cayenne SUV and Macan vehicles.

Müeller is also a VW lifer; he did an apprenticeship as a toolmaker at Audi, a subsidiary of Volkswagen, before starting university studies. He has been at the company for over 30 years, and his background in engineering and apparently looser demeanor offers a counterpoint to the detail-oriented Winterkorn. Most importantly, Müeller has incredible internal support. Porsche SE – the holding company of the Porsche family – holds half of Volkswagen’s shares, and it doesn’t hurt that Müeller is said to have the support of the influential Ferdinand Piëch, VW’s ex-chairman and grandson of the founder of Porsche. 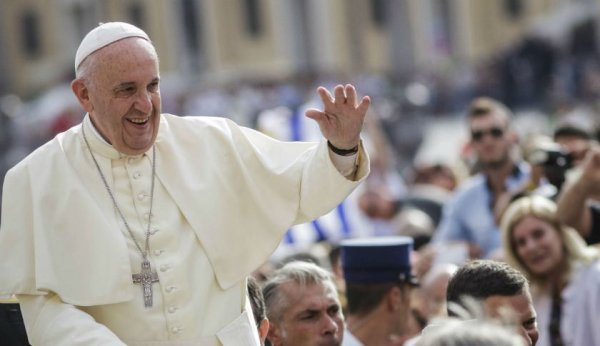 Why Verizon and AT&T Are Spending Millions on Pope Francis’ U.S. Visit
Next Up: Editor's Pick