The new Angry Birds trailer introduces a whole flock of angry avians—and helps to answer the question that’s been on everyone’s lips since Rovio’s addictive mobile game first launched in 2009.

“The question Rovio gets more than anything is ‘Why are these birds so angry?’” producer John Cohen told EW previously. “This is the origin story for how that conflict came to exist between birds and little green piggies.”

Jason Sudeikis stars as the curmudgeonly Red, with Josh Gad voicing the yellow Chuck and Danny McBride as the enormous Bomb. Bill Hader voices Leonard, one of the leaders of the green pigs, and Maya Rudolph, Hannibal Buress, Kate McKinnon, Keegan-Michael Key, Tony Hale, and Peter Dinklage round out the voice cast.

Angry Birds will hit theaters in May 2016. 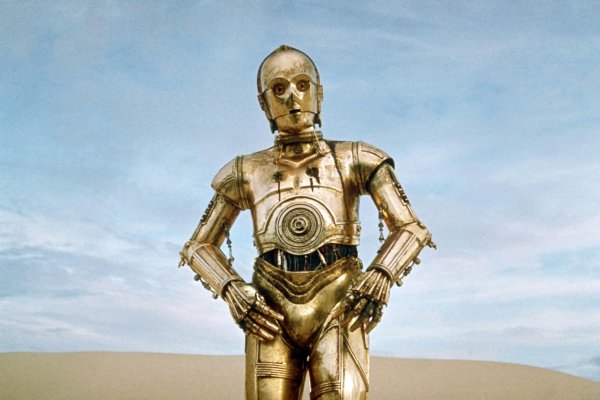 Watch a Star Wars Desert Speeder Race Around in This 360 Video
Next Up: Editor's Pick