Why Immigration Is Different for Pope Francis

Like a practiced American politician, Pope Francis began his first public remarks on U.S. soil Wednesday by talking about his immigrant forefathers. “As the son of an immigrant family,” he said, “I am happy to be a guest in this country, which was largely built by such families.”

The moment was subtle but subversive, in a way that this pontiff excels. America is in the midst of a years-long argument about immigration, a political fight whose divisions have only seemed to deepen as the 2016 presidential race gets underway.

But while Pope Francis has proudly interjected himself into the debate over climate change inside the United States and helped broker a rapprochement with Cuba, he has approached immigration more at the symbolic level. On the plane ride to the U.S., Francis lamented that he was not able to follow through on his original wish to enter the country by crossing the border from Mexico.

That’s because Francis’ goal in the United States is more pastoral than political. He is visiting a country whose Catholic churches are in the midst of a demographic sea change, with older denominations on the East Coast struggling to stay afloat, while their counterparts in the South and West overflow with immigrants.

According to the Pew Research Center, more than one-third of U.S. Catholics are Hispanic, a rate which has grown by five percentage points since 2007, while more than half of Latinos in the U.S. identify themselves as Catholic.

In a speech to U.S. bishops later Wednesday, Francis addressed this topic directly, talking about their pastoral mission to serve immigrants, something which he acknowledged can be difficult. “I too know how hard it is to sow the Gospel among people from different worlds, with hearts often hardened by the trials of a lengthy journey,” said the Argentinian native.

At the end of the speech, he returned to the topic again, urging them to continue working to understand the hopes of these “pilgrims”—a word with special resonance with a strong tradition of making pilgrimages to holy sites and one that the official Vatican text carefully placed within quotes in the official transcript.

“From the beginning you have learned their languages, promoted their cause, made their contributions your own, defended their rights, helped them to prosper, and kept alive the flame of their faith,” he said. “Even today, no American institution does more for immigrants than your Christian communities.”

Noting the “stream of Latin immigration” affecting their dioceses, Francis then spoke to them directly as the first Latin American pope, thanking them for their hard work and encouraging them to continue.

Read More: Pope Francis: I Am Not a Liberal

“Perhaps it will not be easy for you to look into their soul; perhaps you will be challenged by their diversity. But know that they also possess resources meant to be shared,” he said. “So do not be afraid to welcome them. Offer them the warmth of the love of Christ and you will unlock the mystery of their heart. I am certain that, as so often in the past, these people will enrich America and its Church.”

That message resonated with people who were outside the church. Daniel Pineda, 30, stood across the street 17th and Rhode Island Avenue as the pope was speaking, still giddy over having filmed him briefly as he passed by.

“My family is Latino, we come from Peru, ” said Pineda, who said he’s looking forward to hearing more of the Pope’s message on immigration. “The Pope isn’t afraid to deliver a message. People here are tired of the gridlock. It’s great to see a pope come here and talk about that, that we need to be more open-minded and talk to each other.”

-with Elizabeth Dias and Maya Rhodan in Washington. 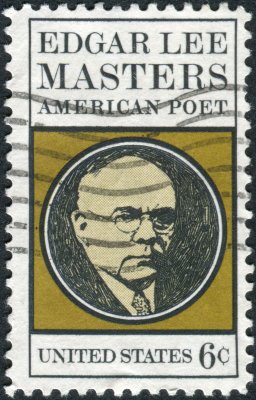