Following in the footsteps of Stephen Colbert’s first few weeks as host of The Late Show, Trevor Noah is starting off his The Daily Show run with a mix of celebrities, politicans, and industry executives.

Comedy Central has announced that Noah will kick off his hosting duties on Monday with Kevin Hart as his guest. Whitney Wolfe, the founder and CEO of Bumble — a Tinder-like app that only lets women make the first move to start a conversation — will then appear on the Tuesday episode. Republican candidate for president Chris Christie follows on Sept. 30, while Ryan Adams, who just released his cover album of Taylor Swift’s 1989 closes out the week with a musical performance on Oct. 1.

Noah recently appeared on Colbert’s The Late Show to talk about The Daily Show and the political landscape before he has his own platform to discuss it. The future Daily Show host also spoken to EW about what he’s looking forward to covering in the upcoming election year. 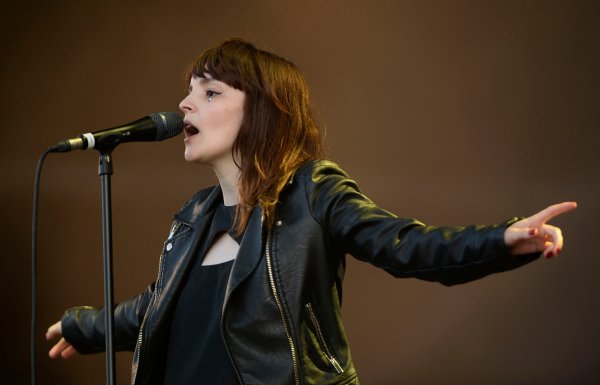 Watch Chvrches Cover Justin Bieber's 'What Do You Mean?'
Next Up: Editor's Pick