Rep. Alan Grayson, D-Fla., leaves the Capitol following the last vote of the week on Friday, April 4, 2014.
Bill Clark—Q-Roll Call,Inc.
Ideas
By Alan Grayson
Alan Grayson is the United States Representative for Florida's 9th congressional district and a member of the Democratic Party.

The Constitution is quite clear on how you change a law—you pass another law. First one chamber of Congress, then the other, then the president’s signature, or a veto override. Every so often, the U.S. Supreme Court will repeal a law by ruling it unconstitutional. Government shutdowns don’t enter into the picture.

But in 2013, Congressional Republicans knew that all of their efforts to amend or repeal the Affordable Care Act by Constitutional means had failed, and it had been upheld by the Supreme Court. The linchpin of the act, the “affordability credits” that have helped more than 10 million Americans obtain coverage, were about to go into effect.

Thrown into a fury, the GOP shut down the federal government. Health and safety inspections halted. Federal loans and import/export licenses were put on hold. Tax refunds totaling $4 billion were postponed. The National Institutes of Health stopped accepting patients. More than 800,000 federal workers were sent home.

It was embarrassing, costly and pointless. Standard & Poor’s estimated that the 16-day federal shutdown in 2013 cost us $24 billion, and reduced fourth quarter 2013 GDP growth by about 0.6%. This from the self-proclaimed “fiscally responsible” party. It was also political self-mutilation by the GOP; its support in the polls dropped by 10%.

Now, two years later, we again face the threat of another shutdown—this time because a small faction of the GOP wants to choke off federal funding for Planned Parenthood, despite the critical medical services that the organization provides to poor women across the country.

Planned Parenthood received roughly half a billion dollars in federal grants each year. The federal government spends approximately $3 trillion a year. So the GOP is threatening to shut down federal spending, over a concern regarding about one-sixtieth of 1% of federal spending.

This is a time for action, not words. This is a time to stop the Republicans from denying Americans much-needed services, hurting our credit rating and our international standing, and wounding our still-recovering economy.

In April, I proposed a simple solution. My bill, the Shut Down the Shutdowns Act, eliminates this danger entirely by applying existing budget levels to all federal agencies until a law is passed creating new ones. My bill, H.R. 1776, is our declaration of independence from the tyranny of government shutdowns, both actual and threatened.

Existing law prohibits shutdowns regarding Social Security and Medicare benefits. Shouldn’t we be consistent? Why should the default for federal spending be no budget, instead of just the same budget? And why should we ever allow a fraction of a faction in the body politic to threaten the whole and hold all of us hostage?

I have served in Congress for almost five years. I am genuinely puzzled as to why we keep finding ourselves peering over a fiscal cliff every Sept. 30, wondering whether to jump. Just because we have done something every year for centuries doesn’t mean that we have to keep doing it—just ask the swallows who used to come to San Juan Capistrano. Let’s end this dangerous and self-destructive political ritual; let’s shut down the shutdowns. It’s common sense, and it’s what the American people deserve. 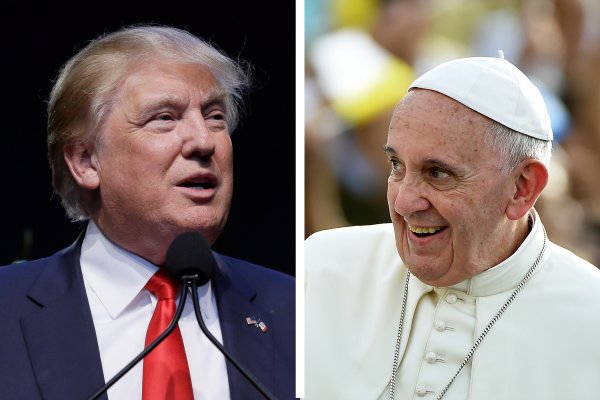 The One Thing The Pope and The Donald Have in Common
Next Up: Editor's Pick