Why Hillary Is Right To Take On Pharma's Price Gouging

Hillary Clinton is taking on Big Pharma. It’s about time someone did. The example the Democratic presidential candidate cited of price gouging within the industry, involving hedge funder Martin Shkreli buying up the rights to a rare 62-year-old drug for parasitic infection and raising its price 5,000%, is only the most egregious example of America’s dysfunctional drug pricing model.

Before reversing course, Shkreli said he was going to pour his profits into funding new research. It was a fair bet that he wouldn’t have. After all, much of the industry doesn’t. While Big Pharma often justifies the fact that Americans pay about 50% more for drugs than consumers in Europe or Canada by saying that higher profit margins are needed for research, money for early stage research–the kind that creates real innovation and new blockbuster products–is actually going down. That’s one reason pharmaceutical firms are trying to milk existing drugs by keeping margins high as long as possible.

This isn’t a new trend. While the decoding of the human genome has presented incredible new opportunities for break-through drugs and therapies, investment into early stage biotech and pharmaceutical research and development has been decreasing for several years, as has the number of new drug firms being started. The number of venture capitalists focusing on the area is going down, too—from 201 firms in 2008, to a mere 137 by 2013.

Why is this happening? Two reasons: even as genomic research has made more potential drug targets available, it has made it harder and harder to pick winners, because of the multitude of possibilities out there. A typical CFO looks at a new drug investment and says, there’s only a 5% chance it will become a blockbuster—so there is an incentive to invest in something already in development, or to sit on cash all together. That leads us to the second reason funding is down: pressure from Wall Street for pharmaceutical companies to disgorge their cash to shareholders rather than spending it on risky research. (This is something that ties into Clinton’s previous criticism of corporate share buybacks, which artificially push up stock prices.)

The result of all this in the drug business is that “The really innovative stuff doesn’t get funded,” says Andrew Lo, a finance professor at MIT who has studied the funding model of the pharmaceutical industry. Rather, says, Lo, Big Pharma is using the cash “the way their investors want them to, which is focusing on acquisitions that will improve their stock multiple.”

That means spending money on mergers (many of which have had a rocky go of it) rather than the early stage research that creates new wonder drugs. It’s a trend that Wall Street has wholeheartedly supported. One influential 2010 Morgan Stanley report called for the pharmaceutical industry to “exit research and create value,” by throwing cash back to shareholders or buying up companies that could create short term revenue streams, if not longer term profits. Of course, the term “value” has a different meaning for shareholders than for patients.

Given that nearly every American has some tale of woe regarding high drug and healthcare prices, and 1/3 of all Americans who are in poverty were put there by a healthcare emergency, this is likely to be a rich topic for Clinton on the campaign trail. 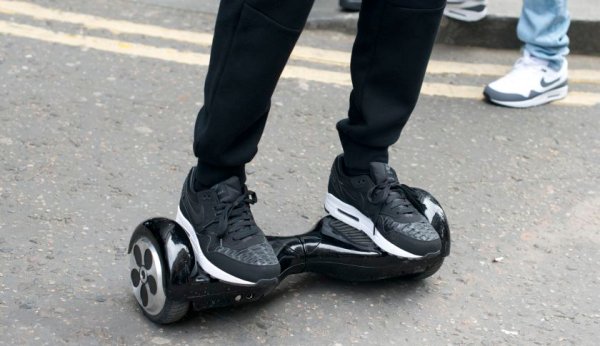 Why Mark Cuban Is Saying Walmart Is ‘In For a Nightmare’
Next Up: Editor's Pick