Everyone agrees that two-word emails like these are huge time-wasters. Not only do they gum up our inboxes, but they take more time to delete than they do to read. But the unfortunate truth is they’re a necessary evil — especially in the workplace. (Yes, even saying ‘thanks.’) That’s because collaboration is all about communication, and whether it’s via email, yelling across the room, or leaving a voicemail (which you should stop doing), you’ve got to get your message across somehow.

Outlook, everyone’s favorite/least favorite email software, has a great new feature which could dramatically reduce these micro-communiques (and longer ones, too). Rolling out this week as a part of the new Microsoft Office 2016, Outlook’s new Groups feature lets users create sets of people with whom they can engage in chat-like threaded conversations.

At first glance, Outlook Groups, part of Microsoft’s cloud-based Office 365 subscription service, looks like a shot across the bow of Slack, the messaging startup that’s taking workplaces by storm. That’s because like Slack, Groups lets users chat instead of email, straining an immeasurable amount of digital detritus from our already overflowing inboxes. But that’s where the comparisons between the two message services end. While Slack is basically a chat room for your business (with private messaging functionality), Groups also lets users share common calendars, OneDrive-hosted files, and OneNote notebooks.

That sounds like it could get unwieldy fast. But the way Microsoft has woven Groups into Outlook, it feels like a very natural fit. Similar to how Office 2016 has subtly integrated Skype into Word, Excel, and PowerPoint, Groups sits just inches below your inbox in the app’s lefthand column, right below where you’d find your drafts, sent items, and junk mail.

In fact, integrating Groups into Outlook instead of making it a standalone app was a deliberate decision by Microsoft. In testing out the feature, the company found that positioning Groups just two inches south of the email inbox made people more likely to use it.

“Millions of people use Outlook to manage their mail; we want to meet them where they are,” says Jared Spataro, Microsoft’s general manager of Office apps and product marketing. “We want to start with tools that people are familiar with, because they use them every day . . . If you think about what fails, often it’s things that are so revolutionary that you’ll never get my mom on it.”

But if it’s a message that appears within an email app, how is it not an email? Group messages are fundamentally different because they don’t get zipped around the Internet to get delivered. They also appear and behave differently, because they’re threads that don’t branch off like emails do. With people replying, forwarding, and using the CC: and BCC: fields, emails can diverge any number of ugly ways. With Groups threaded messages, however, anyone with access can dive in at any time and read back over all the entries without being distracted by other items in the inbox.

In other words, it’s a single place to go get caught up on a particular topic, making it ideal for small teams, projects, or even larger departments. And messaging aside, a great side effect of using Groups’ shared calendar and file capabilities is that you don’t have to manage invites or file sharing permissions like in the past. Just add an entry to the shared calendar or drop a file in the group’s OneDrive folder, and everyone has access. Got it? 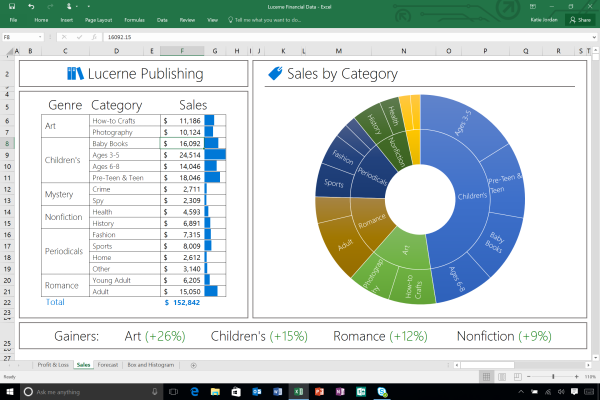 Microsoft Thinks You Should Never Delete Files Ever Again
Next Up: Editor's Pick