Selena Gomez got a little help from her friends for her new “Same Old Love” video—no, not the Taylor Swift #squad, but 800 of her biggest superfans. Last week the singer held a private meet-and-greet event for the Selenators in Los Angeles, where instead of getting the first look at the “Same Old Love” video, they become a part of it. The singer took the stage to perform her new single, which was co-written by Charli XCX and produced by Benny Blanco and Stargate, and incorporated footage of the audience into the final product, which you can watch below via Apple Music. Gomez’s second solo album, Revival, drops Oct. 9. 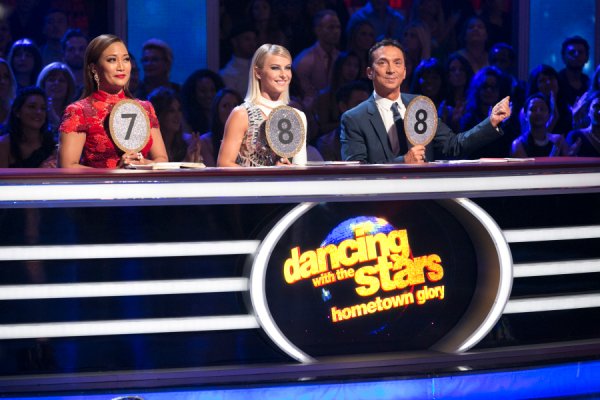 Dancing With the Stars Recap: New Season, New Backstories
Next Up: Editor's Pick