Washington is awash in Pope Francis fever as the pontiff is set to meet with President Obama Wednesday. Jeb Bush will also be in town to attend one of the Pope-led masses. On Thursday, Francis will deliver remarks at the Capitol, where leadership is as concerned with the decorum of its members as the high security situation.

As Francis arrived at Joint Base Andrews, Hillary Clinton was in Iowa where she publicly stated her opposition to the controversial Keystone XL pipeline for the first time. Clinton had refused to comment on the issue for more than a year, saying it would be inappropriate given she had a role in the review process as Secretary of State. But on the campaign trail in recent months, Clinton has been forced into using more and more creative answers to avoid commenting on a subject that divides environmental and business groups. Finally, she relented—only to be overshadowed by coverage of the Pope.

China’s President Xi Jinping Pledges to Work With the U.S. to Fight Cybercrime
To be key topic at Obama-Xi summit this week [TIME]

“I feel now I’ve got a responsibility to you and other voters who ask me about this.” — Clinton explaining why she was breaking months of silence to weigh in on the controversial pipeline. The same logic hasn’t yet applied to the even more controversial Trans-Pacific Partnership.

“On issue after issue—marriage equality, drivers licenses for undocumented immigrants, children fleeing violence in Central America, the Syrian refugee crisis, and now the Keystone Pipeline, Secretary Clinton has followed—not forged–public opinion. Leadership is about stating where you stand on critical issues, regardless of how they poll or focus group.” — Former Maryland Gov. Martin O’Malley blasting Clinton’s delay on Keystone

Donald Trump on Stephen Colbert: Mexico Will Have to Build the Wall [TIME]

Behind the Scenes of the Live Pope Feed, Courtesy of Speaker Boehner [Yahoo]

Biden Top Pick for One in Four Democrats; Americans Disagree with Pope on Climate Change [Bloomberg] 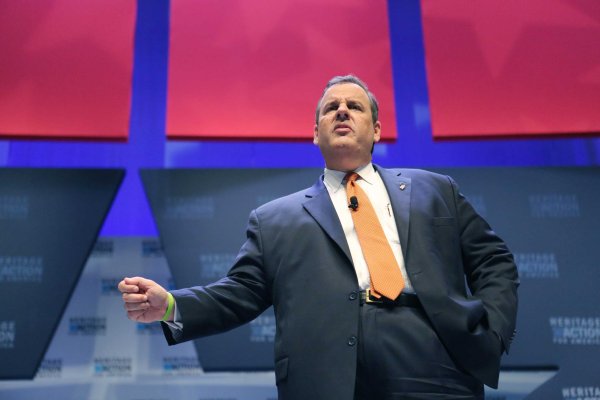