Having led 1-0 at halftime, Wolfsburg were hopeful of stealing a win in Tuesday night’s Bundesliga match against German champions Bayern Munich. Polish striker Robert Lewandowski had other ideas, though, and casually scored five goals in just under nine minutes after coming off the bench as a substitute.

This clip of Bayern coach Pep Guardiola on the sidelines captures how the soccer world responded in the wake of the one-man upset: 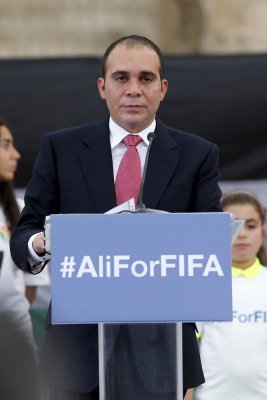 Prince Ali of Jordan Will Run for FIFA President Again
Next Up: Editor's Pick