The Entire 2000 Year History of the Pope in One Graphic

The papacy has been through a lot in its multi-millennial history. Since St. Peter became the first pope shortly after the dawn of the common era, the leader of the Catholic Church has influenced major global events and clashed with kings and scientists alike, all while overseeing the workings of the church and leading a worldwide community of the faithful.

As Pope Francis makes his first visit to the United States, landing in Washington D.C. on Tuesday, here’s a timeline of the pope throughout the ages. 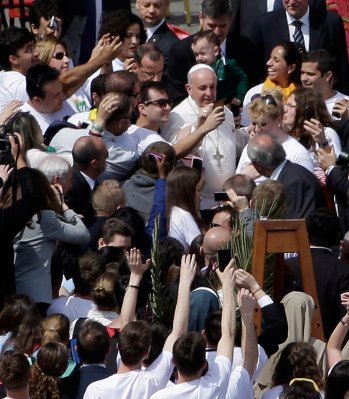 This Graphic Shows the Enormous Global Reach of the Catholic Church
Next Up: Editor's Pick