The global economy would grow by $28 trillion by 2025 if women participated in the labor force to the same degree as men—a 26% increase and almost equivalent to the combined GDPs of the U.S. and China.

That’s just one of several conclusions in a new report by McKinsey Global Institute, an econmic think-tank and research arm of consulting firm McKinsey & Company. The report, titled “The Power of Parity: How Advancing Women’s Equality Can Add $12 Trillion to Global Growth,” also found that even incremental progress on gender equality could have a big payoff. If every country matched the participation rates of the highest-performing countries in their region, global activity would increase by $12 billion—equivalent to the GDPs of Japan, Germany, and the UK combined.

The 145-page report underscores what advocates of gender equality have long argued: ensuring equal labor force participation for men and women offers a potentially massive economic boon. “We would call it an opportunity cost—this is the value at stake,” says Anu Madgavkar, a senior fellow at the McKinsey Global Institute and one of the authors of the report.

The report, one of the most comprehensive ever authored on the cost of gender inequality, also found that 40 out of 95 surveyed countries had high or extremely high levels of gender inequality on at least half of 15 major indicators. According to the report, the three major factors holding women back are lower work force participation, fewer hours worked, and the fact that women are disproportionately represented in low-productivity sectors like agriculture.

To be sure, the world’s women have made great strides—between 1980 and 2010, female participation in the labor force increased 20% across 60 countries. In the United States, only 44% of prime-age women in 1965 were working, compared to 74% in 2010. But the report emphasizes that globally, women still are vastly under-represented in the paid labor force, as well as in political and economic leadership positions.

One of the major global factors that keeps women from full participation is the pervasive expectation that women are responsible for unpaid care. “When we looked at all the elements of gender inequality in work, unpaid care work was one of the top factors,” Madgavkar says, noting that violence, political inequality, lack of legal protections and blocked economic potential were also major global factors holding women back.

The report outlines several ways those care hours can be reduced. First, enhanced productivity can help women in poor countries get chores done more quickly. (Reducing time gathering firewood, for example, can free up some hours for paid work.) Secondly, converting unpaid care work into jobs for other people can actually enhance the economy, especially with services, like childcare and elder care, that are under-utilized in most of the world. Madgavkar notes that Scandinavian countries that have the highest female labor force participation also tend to have state subsidized childcare.

Likewise, more equitable sharing of unpaid work between men and women would lead to greater equality in the paid labor force, and to more progressive social attitudes about women’s roles, the report argues. According to Madgavkar, when U.S. women’s labor force participation rose 30% between 1960 and 2010, it also led to a major attitude shift among American men; women spent less time on housework, more time on childcare, and men spent more time on both.

Madgavkar also notes that gender equality and GDP are not necessarily two sides of the same coin. While gender equality boosts GDP, strong economies don’t always boost female participation she says. “We tend to think that as a society gets more developed, gender equality rises,” she adds. “We found that while this is true to some extent, its not entirely true.” Madgavkar compares South Asia and Sub-Saharan Africa as a major example of this even though South Asia’s GDP is higher than Sub-Saharan Africa’s, there are fewer women in the labor force because of social and cultural conventions that keep women at home. That region, the report suggests, could be leaving trillions on the table by not allowing women to contribute to the economy to their full potential. 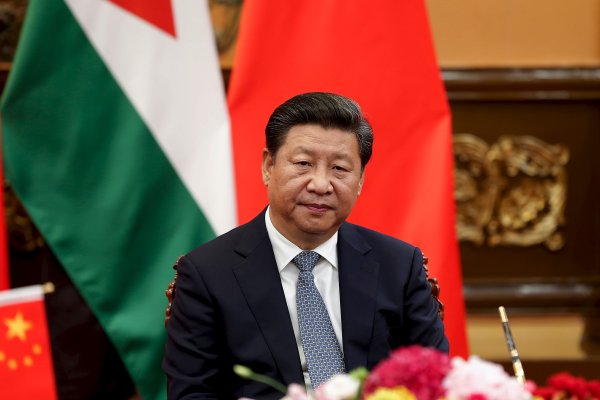