Pope Francis: I Am Not a Liberal

By Elizabeth Dias / Aboard Shepherd One

As Pope Francis flew to the United States for the first time, the pontiff assured journalists on the flight that he is not a liberal. Asked to comment on the many media outlets who are asking if the Pope is liberal, the Pope seemed bemused and decisive.

“Some people might say some things sounded slightly more left-ish, but that would be a mistake of interpretation,” he said before landing in the U.S. late Tuesday afternoon for his historic trip . “If you want me to pray the creed, I’m willing to do it.”

He underscored the point: “It is I who follows the church … my doctrine on all this … on economic imperialism, is that of the social doctrine of the church.”

The pontiff’s comments came as he spoke to journalists in Spanish and Italian shortly into the flight from Cuba to Washington. Pope Francis addressed the U.S. embargo on Cuba, dissidents who were arrested in Cuba during his visit and his meeting with Fidel Castro during a 26-minute briefing.

His corrective about his ideology is a significant prelude to his arrival in the U.S., as the Democratic Party has increasingly attempted to claim Francis as their policy champion over the past few months. The White House put out a memo months ago outlining the topics of shared interest that President Obama would discuss with the Pope, including immigration and climate change. Conservatives in Congress, meantime, have recently started pushing back against their perceptions of the Pope as someone who is pushing a liberal agenda.

Pope Francis told the story that a Cardinal told him of a woman who asked him if it is true that the Bible speaks of an anti-Christ, even an anti-Pope, because she is sure Pope Francis is the anti-Pope because he does not wear red shoes. “I’m sure that I have not said anything more than what is in the social doctrine of the church,” Francis said.

Pope Francis also briefly discussed what he will say to the U.S. Congress on Thursday. He plans to speak in general terms about “bilateral relations and multinational relations as a sign of progress and coexistence,” he said. He will not discuss the Cuba embargo: “I am almost sure that that embargo is not mentioned in the speech. … No, no certain it is not.”

The embargo, he said, is part of the negotiations between the U.S. and Cuba. “Both presidents have referred to this,” hesaid. “My desire is that they end up with a good result, that they reach an accord that says satisfies both sides, an accord, certainly.”

Pope Francis also denied knowledge of dissidents who were arrested trying to meet him. Asked if he had wanted to meet dissidents in Cuba, and what he would have wanted to say to them, the Pope demurred, declining to answer hypothetical questions. Reports have indicated that some 50 dissidents were arrested outside the Holy See’s embassy where Pope Francis stayed in Havana. Pope Francis added that he declined numerous requests for private audiences, including those from heads of state.

He also suggested that more Cuban prisoners may be freed in the future, in addition to the 3,000 that the Cuban government released prior to his arrival. He called life imprisonment “a hidden death penalty” and reiterated the Church’s commitment to asking for pardons. Pope Francis will visit Philadelphia’s largest jail on Sunday and meet with prisoners and their families.

He also reminded everyone that he had initially wanted to enter the U.S. by crossing the border from Mexico, but that he was not able to because he would not have been able to visit the Virgin of Guadelupe, which would have been a slap in the face to the country.

“Sorry I keep answering in Spanish,” he concluded. “English is not my forte.”

The full and official transcript of the in-flight press conference will be available soon. 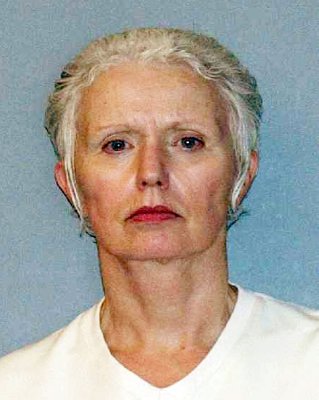